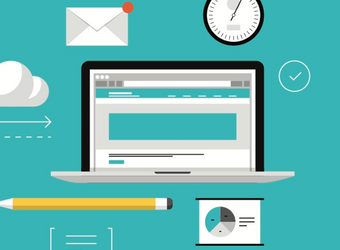 Companies investing in strong digital properties are starting to pull clear of the pack, as the gap between good and average website conversion widens, according to research from Adobe.

Analysis of the top 20% of Australian and New Zealand websites against overall web traffic shows an increase in the gap between leaders and the rest for metrics like visitation, stickiness and time spent on site.

“We are seeing a major gap developing between being average and being in the top 20% of marketers across Australian and New Zealand,” says Tamara Gaffney, principal analyst of Adobe’s ‘Digital Index’.

The study looked at retail and travel sites to establish a conversion rate, finding an average of 4.1 orders made per 100 visits among the leading 20% of websites, double that achieved by the remaining 80% of websites analysed.

In addition to superior conversion, the study found the top performers outstripped the competition on engagement indicators, scoring a 20% higher ‘stick rate’, 34.9% more return visits and an 8.53 minute average for time spent on page, 2.53 minutes higher than the rest of the pack.

Time spent, named as the best evidence for site engagement, increased by 32.1% between 2013 and 2012 for the top performers, while average performers registered a mere 1.2% increase.

The share of traffic commanded by smartphones across the 120 billion visits tracked sat at 18.4% for the top performers, 6.9% higher than the rest of the pack. This places Australia and New Zealand fourth out of six countries in terms of share of browsing conducted on smartphones, behind South Korea (28.0%), the US (22.7%) and Hong Kong (22.5%).

The Australia-New Zealand region, however, has seen the most overall growth in share of website visits from tablets, with the top performers achieving about 5% more tablet visits than the average performer to sit at 14%.

“This is a leading indicator of two important elements of website success – optimised marketing acquisition activities and homepage relevance and engagement.”

Adobe’s data is based on 120 billion visits during the 2012 and 2013 calendar years and is comprised of the aggregated and anonymous data from more than 16,000 websites. Locations broken out in the analysis include Australia/New Zealand, South-East Asia, Hong Kong, South Korea, the US, China and India.

BY ON 23 July 2014
Chris Byrne used to be research editor of this publication, but now contributes from various locations. He also contributes to The Fetch and has been published in The Guardian, Sydney Morning Herald and The Age.
Tweet him @penseive