Use the force of your brand fanatics, says Disney CMO

Use the force of your brand fanatics, says Disney CMO 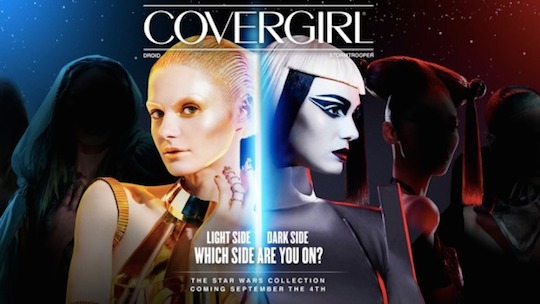 Imagine being a lifelong, die-hard Star Wars fan, tasked with marketing a new chapter in the franchise’s epic journey. Gavin Ashcroft, CMO of The Walt Disney Company Australia and New Zealand shared, with an attentive Sydney crowd how he relished the challenge, but didn’t take it lightly.

“Being the brand guardian for Star Wars, in Australia, is absolutely a dream job. A dream come true… It’s something I take really seriously, it’s a big responsibility to develop and expand the brand, but also preserve what makes it such a wonderful thing,” Ashcroft says.

Central to the strategy, in a high-affinity market, was engaging the fans. “With something like Star Wars, you can’t forget the fans. Even though your trying to reach out to new audiences, doing something especially for the fans is really critical.”

In the case of latest launch, for Star Wars: The Force Awakens, the main event for fans combined the biggest Star Wars star with Sydney’s most famous site. “We had three-and-a-half thousand people on the steps of the Opera House and they got Harrison Ford. He spent half-an-hour meeting fans and then did a Q&A. I was in the crowd and it was electric. It speaks to the emotional connection of the brand.”

But it’s not all for traditional fans, who are typically teenage boys and middle-aged men for Star Wars. Disney, in one of several high-profile strategic partnerships, worked with a make-up brand to spread the love among women (campaign collateral pictured above).

“The partnership with Covergirl was a really interesting way to tap into a female audience. It started with a product range designed to the look of Star Wars, with light side and dark side looks. We put on a (fashion) show, in partnership with Pedestrian TV, at the Powerhouse Museum two weeks before the premiere. It was the hottest ticket in town.”

The Star Wars marketing phenomena also teaches brands how to maintain a presence over the long term. The biggest blockbuster only has a life of a few months in the cinema; most products and services exist far longer. Yet Disney keeps the passions high long before and after the movie release.

“Star Wars is a 365-day franchise,” Ashcroft says. “We have a calendar design and place as much emphasis on what happens between the movies as the ‘movie corridor’ itself. We link initiatives and assure our fans that there’s always a moment coming.”

Fans may create days like ‘May the Fourth (Be With You)’ and ‘I’m Your Father’s Day’, but Disney knows how to leverage them. They also create global events from things as seemingly mundane as the opening of an item of packaging.