Generation Zers believe they are the most creative, according to Adobe poll

Generation Zers believe they are the most creative, according to Adobe poll 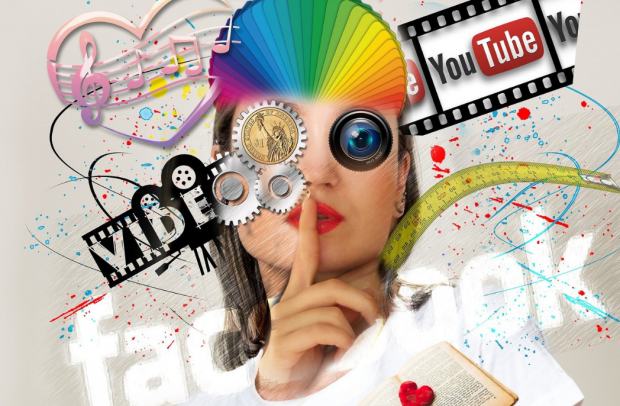 New research conducted online by The Harris Poll on behalf of Adobe reveals a generational divide when it comes to beliefs regarding creativity, with 64 percent of those aged between 13 and 22 (Generation Z) considering themselves to be creative or very creative. This is in comparison to the 49 percent of all other age groups in the survey (Millennials, Generation X and Baby Boomers) expressing the same belief.

The Australian survey, conducted during May 2020, canvassed 1113 people over the age of 13 and looked at the drivers for creative activity, as well as the place of creativity in future work scenarios.

Reflecting all the budding Billie Eilishes or try-hard Troy Sivans out there, it should come as little surprise to anyone that Generation Zers claim affairs of the heart – whether positive or negative – often fuel their creativity. Nearly a third of them (29 percent) say that being in love has a marked impact on their creativity, just pipping the 28 percent who reckon experiencing a break-up makes them more creative.

When it comes to actual physical fuel for creativity, Generation Zers everywhere please their parents by claiming that water (44 percent) and fruit (43 percent) are their top picks for food and drink options that aid their creativity. Before those parents get too smug though, there’s the caveat that they also point to snacks (34 percent), pizza (31 percent) and pasta (26.5 percent) as other favoured options.

Once age kicks in, so does the caffeine addiction, with 44 percent of Australians aged 24 and over plumping for coffee as their optimal creativity kick-start.

Food is also involved in the preferred creative environments or activities, with cooking and baking ranked as the highest influence on creativity (71 percent), followed by listening to music (67 percent) and spending time alone (61 percent).

And in news that will also come as no surprise to parents with Zers still in bed past lunchtime, 37 percent of respondents from this generation say they need their sleep to be at their most creative. This decreases in a linear fashion as the ages rise – Millennials (31 percent), Generation X and Baby Boomers (both 26 percent).

What does this mean for work?

Over three-quarters (78 percent) of Generation Zers are confident that doing something creative every day not only helps them with their study, but that it will be an important part of their future or current employment, and 72 percent reveal a desire for it to be given a greater emphasis in both their academic studies and their fields of work.

“This generation, which we’ve dubbed as Generation Create, are digital natives and approach creativity differently, as they’re less interested in traditional creative inspirations,” says Suzanne Steele, managing director at Adobe ANZ. “At our recent creativity conference, MAX 2020, we placed a focus on fostering young Gen Z creators through a number of career bootcamps and student experiences.”

With the next generation of Australians dictating the future of work, it’s notable that they have strong ideas about where they conduct it. Voicing an antipathy to the office space, they also say working from home is not the alternative, with 69 percent stating that working outside the home helps them with creativity.

The older generations have varying responses to this idea, however, with 56 percent of Millennials saying working from home increases their creativity, while Baby Boomers are less committed on the subject, with just 41 percent agreeing.

Adobe says it has moved to recognise the shift in workplace behaviour and allegiances by launching creative applications to suit non-traditional ways of working, such as its Illustrator on iPad, which was launched at the aforementioned October 2020 conference, MAX.

The software was designed to facilitate creation anywhere and work across devices, keeping everything in sync.

“It’s important all organisations understand that the next generation will push the boundaries on the traditional workplace, not just with remote working, but a space between home and the office. The future workplace will require us to think how we can offer this generation creative spaces for people to connect and collaborate, but also offer the flexibility for employees to choose where they work so they can be their most creative and productive,” concludes Steele.

Image by Gerd Altmann from Pixabay