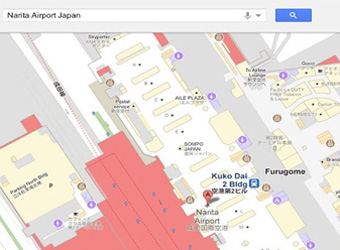 The indoor floor plans were previously only available on Google Maps for Android, but now you can now check indoor maps of airports, shopping and conference centres, casinos, train stations and museums from any web browser.

Google’s list of indoor maps – available in eight countries around the world – only mentions some of the 10,000 locations with floor plans. Google Australia declined to comment on when the service would roll out in Australia.

To help locations add themselves to Maps, Google offers a tool for uploading floor plans to Google.

To explore indoor plans on Google Maps, search for the location you want to view and then zoom in. If floor plans exist it will render. This is particularly useful for shopping centres when you want to see where a certain store or restrooms are located, or finding departure gates at airports.

Desktop versions of indoor maps are not as full-featured as the mobile counterparts. In your browser you can only get the plans for the main floor of buildings, while the Android mobile version Google Maps allows you to view additional level plans as well.

The service has been introduced on desktop to address the weakness of mobile — GPS on smartphones can be unreliable and is often unavailable indoors. With access now available via desktop users can view a mall or airport terminal ahead of time.

It’s unclear whether the indoor maps feature will make it into the Google Maps app reportedly being prepared for iPhones.