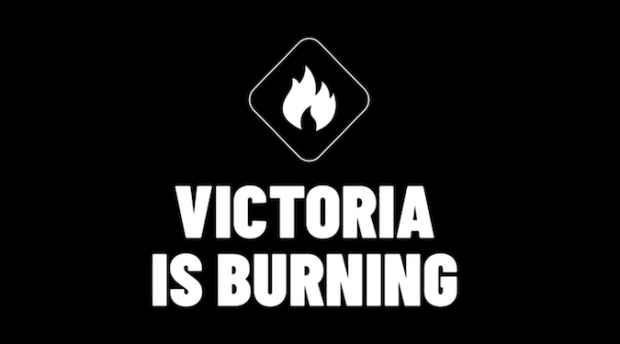 A new ad imploring Melburnians to donate to the Gippsland Emergency Relief Fund (GERF) features Australian actor Eric Bana, and was developed in just one weekend.

It took only one phone call from TBWA’s Melbourne CEO, Kimberlee Wells, to PHD Australia CEO (and impending CEO of IPG Mediabrands), Mark Coad, to get the ball rolling.

According to Wells, Coad has been “instrumental” in galvanising media owners for the campaign, having been on the phone to every media owner in the state since he became involved on Friday.

Eric Bana was brought on to the project for TVC and radio voiceover work as late as Monday morning, with the first video released later in the day.

TBWA says the idea spawned on the afternoon of New Year’s Day, with a call between the company and a well-known Gippsland resident discussing the fire situation and needs of the community. By Friday morning, the creative team had been briefed to develop radio and DOOH assets, which were deployed later in the evening.

The creative will run over outdoor, radio and TV, and was already deployed on social media over the weekend. Media owners from across the board – including outdoor hosts oOh!media, QMS, JCDecaux and 7-Eleven; radio stations Fox, Nova, 3AW, Triple M, Gold, Kiis, and Smooth; and television networks Seven, Ten and Nine – have reportedly donated ad space to the campaign.

According to Coad, media owners saw some of the campaign’s social media creative over the weekend, and contacted him to offer media space. Coad says 7-Eleven even reached out over LinkedIn, offering spots on its digital screen network.

TBWA says support for the campaign has been “overwhelming,” with media owners not only donating space, but freeing up spots to fit the campaign in.

“In my experience, the lesser-known organisations operating in the not-for-profit sector are often the ones closest and best placed to respond to the needs and issues of the community/causes they serve,” Wells tells Marketing.

“We chose to partner with GERF because we knew they would be one of the first responders to help the community whose homes and property have been directly impacted by the bushfires get back on their feet.

“Australians generosity has been wonderful but often it is directed towards the more mainstream charitable organisations like the Australian Red Cross, Salvation Army, the Rural Fire Brigade and of course Celeste Barber’s incredible campaign. Our job is to help GERF punch above [its] weight amongst all the calls for donation. [Its] targets are real. The emergency needs of the community are real. We must use every ounce of influence and support we have to help ensure GERF has the funds to respond to the local community right now.”

As of this morning, the campaign accrued $1,315,742.53 for the relief fund, on track to achieve its goal of $5 million. GERF has reportedly already approved 136 referrals worth $347,000 to support community members impacted by the fires.

Fire conditions in Gippsland are expected to aggravate towards the end of the week. The State Control Centre reports that 2800 homes have been left without access to electricity because of the fires, and may remain powerless for weeks.

More than 1.2 million hectares of have now become affected by fires this Summer, with almost 2000 homes destroyed across the nation, and more than 3500 farm animals confirmed missing across Upper Murray and Gippsland.

Donate to the Gippsland Emergency Relief Fund by visiting gerf.org.au/donate/

Have some media space you can donate to the campaign? Get in touch with sarah.laurens@TBWA.com

Here’s a full breakdown of the week that led to the campaign:

Wednesday – 1 January
6.32pm – A call between TBWA and a well-known Gippsland resident to discuss the fire situation and understand the needs of the local community. Recommended to contact John Mitchell – president of GERF.

Saturday – 4 January
10.44am – Media contacts Coad asking if TV assets have been created. TBWA commence working on an edit for TV. Images sourced through the support of various news media and image library partners who also worked over the weekend and in between their own broadcasts and deadlines to help.
9.15pm – Eric Bana contacted to see if he would lend his voice to the campaign. Script is shared and Bana confirms.

BY ON 8 January 2020
Josh Loh is assistant editor at MarketingMag.com.au