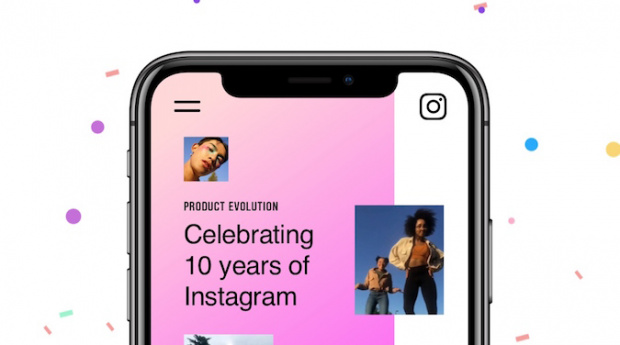 It has now been a decade since the social media platform launched and Instagram is celebrating with some product updates, including two new features to reduce negative interactions, including bullying and harassment.

A visual timeline has been released showing Instagrams meteoric rise, from its launch in 2010 with a rather average photo, to Facebook acquiring Instagram in 2012 for $1 billion, right through to the recent 2020 release of its ‘Reels’ feature.

What began as a simple photo and video sharing app has steadily become a defining cultural moment of the 21st century, which transformed the advertising space through the creation of the multi-billion dollar influencer marketing industry. The influencer marketing industry has fundamentally changed how brands connect with audiences and created a shift towards user-generated content. Video is particularly popular with Instagram reporting that 50 percent of people see a video on the platform everyday.

It’s not surprising that the social giant continues to yield great power over business and branding – Instagram has managed to keep a fairly stable user base of 1 billion people, 90 percent of which follow a business on the platform. Instagram is capitlisaing on this with the launch of a shopping feature on IGTV this week, and plans to test shopping in its Reels function later this year.

Beyond the advertising industry, it is undeniable that Instagram has had a defining impact on culture. From the selfie through to the Instagram aesthetic, the platform has had a distinct visual imprint on society. Instagram has also been a place where other topics have come to prominence in public discourse, including political movements like #BlackLivesMatter, among others.

A darker side of this form of social media has been online bullying and the impact that it can have on users’ self-esteem. There have been countless studies and articles devoted to the impacts that social media like Instagram can have on the mental health of the people who use it. In what it calls “an attempt to protect the wellbeing of our community” Instagram has today launched two new features to reduce negative interactions, including bullying and harassment, in comments. These new features include:

Love it or not, Instagram is a cultural phenomenon. To quote the ‘Bio’ of the most followed account on the platform, Instagram itself: “Bringing you closer to the people and things you love. ❤️”