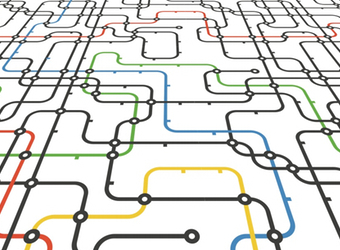 Experts agree that technology will bring big changes in the future (who doesn’t?), even if they disagree about the specifics. But one area that’s relatively uncontentious is the internet of things. A new report based on analysis of expert opinions concludes that it will be thriving in 10 years’ time.

The analysis, by the Pew Research Centre Internet Project, says that the internet of things (which is “a catchall phrase for the array of devices, appliances, vehicles, wearable material, and sensor-laden parts of the environment that connect to each other and feed data back and forth”) will bring the next revolution in digital technology.

Most experts analysed by the study believe that by 2025 there will be:

The report is based on 1600 responses that were submitted in response to the question of where the internet of things would stand by the year 2025.

Survey respondents expect the internet of things to span many places, including:

Bodies: “Many people will wear devices that let them connect to the internet and will give them feedback on their activities, health and fitness. They will also monitor others (their children or employees, for instance) who are also wearing sensors, or moving in and out of places that have sensors.”

Homes: People will be able to control nearly everything remotely, from how their residences are heated and cooled to how often their gardens are watered. Homes will also have sensors that warn about everything from prowlers to broken water pipes.

Goods and services: “Factories and supply chains will have sensors and readers that more precisely track materials to speed up and smooth out the manufacture and distribution of goods.”

Environment: “There will be real-time readings from fields, forests, oceans, and cities about pollution levels, soil moisture, and resource extraction that allow for closer monitoring of problems.”