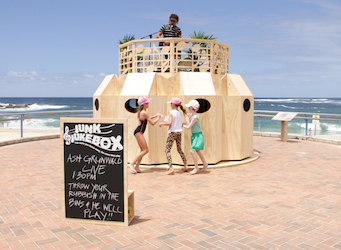 The councils of Waverley and Randwick and GPY&R Sydney have teamed up with Will O’Rourke and The Glue Society to encourage Sydney-siders visiting Coogee and Bondi beaches to dispose of their litter in public rubbish and recycling bins.

The launch of Junk Jukebox occurred at Coogee beach yesterday, with the installation moving to Bondi this afternoon, ahead of the populous beach days of the Australia Day weekend.

Creative collective The Glue Society designed and developed the Junk Jukebox installation, creating an oversized stage carousel structure made of plantation plywood accommodating multiple bins. Whenever rubbish is deposited in the bins, the structure rotates with the musicians suddenly coming to life and performing live for a short period.

“By using music as a reward, we’re not just getting people to chuck their rubbish in the appropriate bins. We may even move punters to go as far as picking up other peoples’ litter and put it in the bin,” says Bart Pawlak, executive creative director at GPY&R Sydney.

Ash Grunwald, Australian blues musician, plays live tunes in the Junk Jukebox. The music is delivered as a reward for every item of rubbish deposited. Ash has committed his time and talent to raise Sydney-siders’ attention to the problem of litter.

During summer, up to 50,000 visitors frequent Bondi and Coogee every day. Despite there being hundreds of public bins along the beaches, the annual litter toll at Coogee alone equates to 400 tonnes of waste per year.

“That’s a perfectly clear sign that instructing people to not litter doesn’t work. Rather than being punitive, we’re changing the motivation through encouragement,” says David Joubert, executive creative director at GPY&R Sydney. 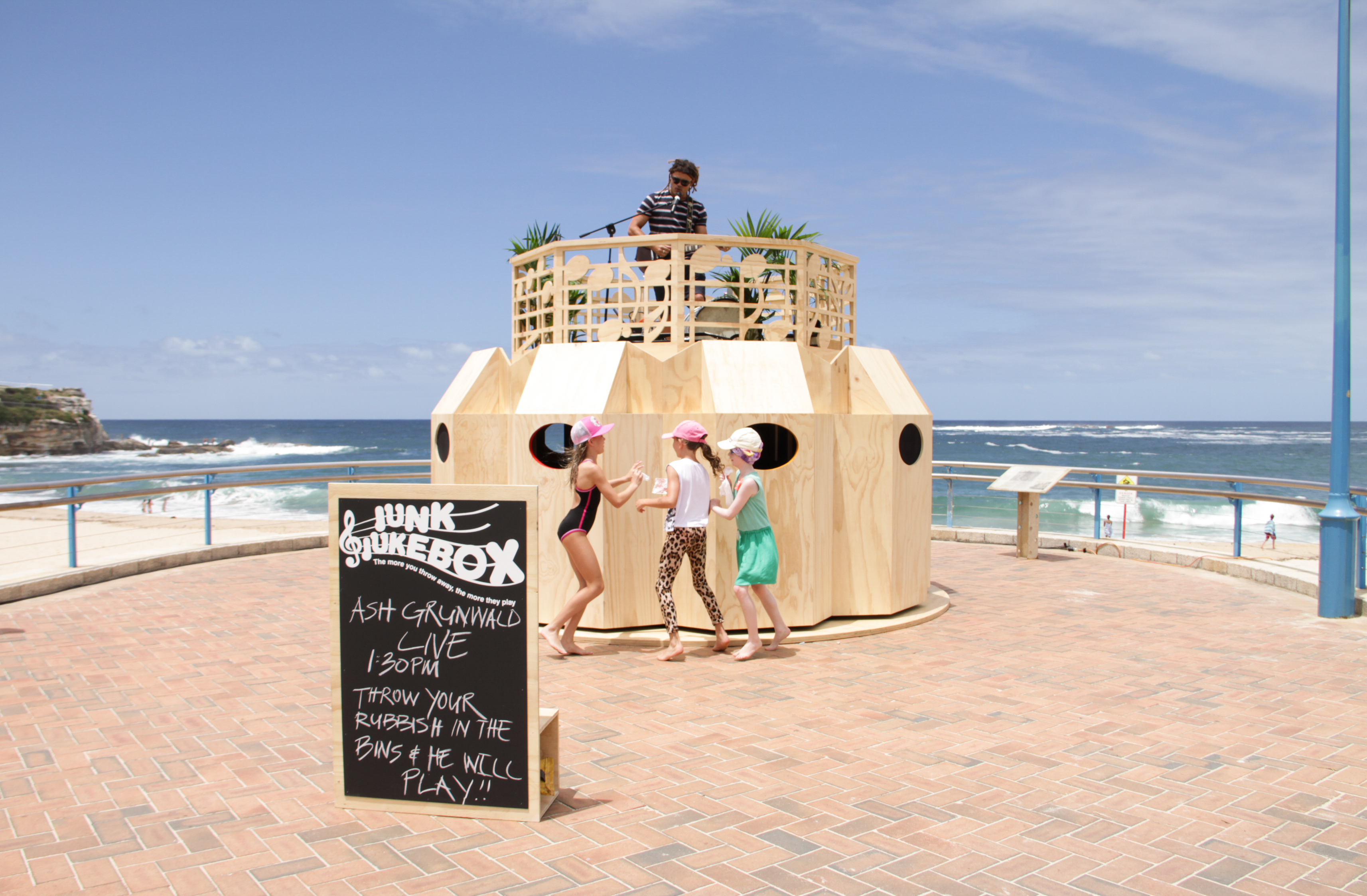