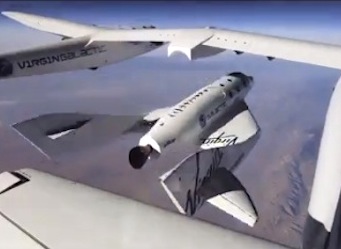 Land Rover has signed on as the first brand partner of commercial space venture Virgin Galactic.

“I can’t think of a better partner to help in making this a reality,” Sir Richard Branson said in a recorded statement.

“We’re really delighted to be working alongside a brand that over the years has become identified around the world for its spirit of adventure and exploration.”

And here’s a short film from Land Rover made for the announcement.

Further reading: an interview we did a while back with Stephen Attenborough, commercial director and the first full-time employee of Virgin Galactic.

« The next biometric payment technology could be a device that scans the veins in your palmThe agency of record is heading for extinction: SoDA Report »