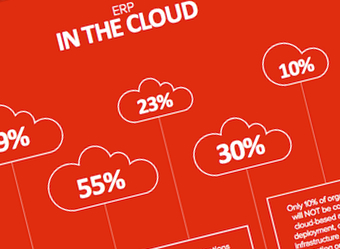 A survey of Australian businesses has found that legacy ERP systems are a major bottleneck for innovation, but if the ‘cost of change’ hurdle can be overcome, the new best practice is for organisations to invest in standardisation of back-office functions and ‘appification’ of front-office.

The survey, commissioned by technology and business consulting company Oakton, measured the market’s reflections on the challenges organisations face in running their ERP services, and looked at the responders’ experience and plans in moving towards a software-as-a-service model (SaaS) for enterprise resource planning (ERP) systems.

Oakton’s Shaji Sethu, executive general manager, Oakton Applications, says most organisations have dug themselves an ERP hole with overstretched teams, complex customisations and a backlog of expensive upgrades. “Few have taken advantage of the massive decreases in cost and increase in business agility afforded by modern cloud based ERP solutions,” Sethu says.

“Our survey shows that some organisations still believe that more customisations and cosmetic additions will be their future. Others have shifted their thinking to service defined functions as a future trend. It is clearly time to start thinking outside the box. The rise of enterprise ERP SaaS as an emerging model has the potential to dramatically improve business performance and reduce significantly business cost,” says Sethu.

Australian businesses and IT executives from multiple industries participated in this survey.

There were a number of common themes evident in the survey outcomes. Clients in general confirmed that large and customised legacy implementations have become a major bottlenecks for innovation, with the most common issues cited being:

ERP in the cloud is still a new concept with:

Of those looking to shift to service-defined IT, 30% say ‘complexity’ is the main impediment to doing so:

While running costs were a factor, it was not a strong signal. An indicator that there was poor separation of commodity ERP services that must be driven by cost and the business customisations that are driven by value with:

Respondents recognised the need for innovation and responsiveness with an equal split between building more customisations and adopting new digital and mobile interfaces as the likely response:

“Organisations that have invested heavily in standardisation of their back-office functions and ‘appification’ of front office are realising significant improvement in their bottom line. Recent profit announcements from leading Australian organisations is evidence of the same. Alternative is to lose your competitive advantage to faster and more nimble startup and go out of business,” says Sethu.