Less than half of business leaders are promoting accountability – study

Less than half of business leaders are promoting accountability – study

Less than half of business leaders are behaving in a way that promotes accountable behaviour in their people, a study by strategy firm The Forum Corporation has found.

Forum’s online survey of more than 400 managers of various levels found that leaders were not frequently practicing activities that promoted accountability; fulfilling commitments to others and dealing appropriately with challenging circumstances. These include:

Forum’s decision to conduct the study stemmed from the premise that while many of today’s leaders may be clear on their visions, their execution is often not as strong.

The study found a link between engagement, or motivation for discretionary effort, and accountability.

22.3% of respondents said they were ‘highly engaged’, while 18% said their organisation had the highest levels of accountability.

Two thirds of respondents said the activities most related to personal performance were: 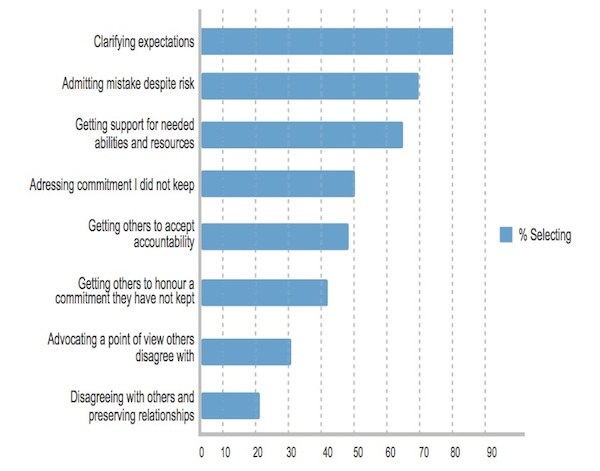 Business people with low levels of accountability were likely to possess the following common skills gaps:

Forum found that leaders were underutilising tools to promote accountability – 30% of respondents said their organisations used coaching and 45% said they used performance management.

In response to the survey findings, the company has put together a list of ways to create a culture of engagement and accountability, which it calls ‘Forum’s 6 for 60′: