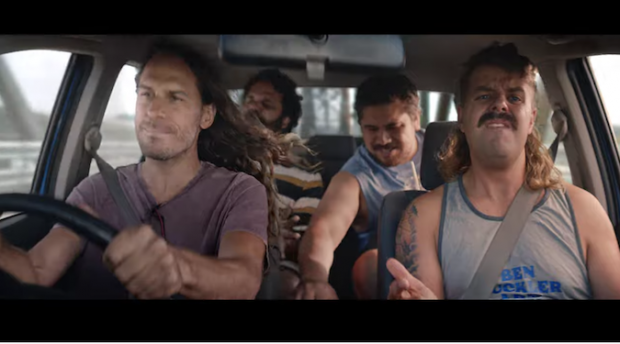 McDonald’s have launched their summer campaign of 2021 via DDB Sydney with their new creative platform: ‘Together & Lovin’ It’.

At the core of the official launch, is a 60-second ad where Bon Jovi’s famous anthem ‘Livin’ On a Prayer’ is sung by various groups on road trips including friends driving in a car, a couple on a scooter and a man changing a tyre on a car with the number plate NU663T. The spot ends with visits to McDonald’s.

The campaign is McDonald’s biggest ever, and ‘Together & Lovin” It’ has been extended through multiple activations including billboards at Sydney airport to welcome people back home, a social content series to bring the beauty of a road trip to life, as well as other TV, print, OOH, radio, digital, PR and social advertising.

“After a year of constant change, ‘Together & Lovin’ It’ is a timely reminder of the joy and happiness that comes with being together with friends, family and those we love,” says McDonald’s marketing director Tim Kenward.

DDB Sydney executive creative director Matt Chandler added: “This is the Summer of being reunited, of roads packed with people off to see loved ones, or going on holidays. And a road trip just isn’t the same without a trip to Macca’s. This campaign is all about capturing the thrill of being together and lovin’ it. Because as a wise man once said, ‘We’ve got each other and that’s a lot.’”

The campaign celebrates the 50th year of the local partnership between McDonald’s and DBB, with DBB celebrating its 50th Australian birthday in July with a campaign thanking customers and crew members alike.

BY ON 6 December 2021
Conor Fowler is a writer for Marketing Mag.