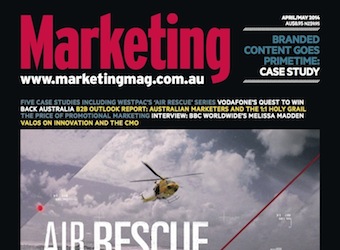 The April-May 2014 issue of Marketing is now on sale on newsstands, for most digital devices via Zinio (and specifically for Android via Google Play) And remember, to always get new issues ofMarketing first (and cheaper), subscribe today.

To mark the 40th anniversary of Westpac’s partnership with the Lifesaver Rescue Helicopter Service, an integrated communications strategy was developed that extended across multiple platforms including events, in-branch activity, above the line advertising, publicity outreach and social media integration. This milestone also offered Westpac the ideal opportunity to venture into branded content featuring the Service, and engaged MediaCom on making Air Rescue a reality.

FEATURE
VODAFONE: STEERING OUT OF THE SKID

FEATURE
THE PRICE OF PROMOTION

Brand health versus sales volume – it’s a delicate and often misunderstood conundrum that only those deep in the marketing trenches truly understand. By Nina Hendy.

CAREER PROFILE
MELISSA MADDEN
From orange aeroplanes to blue police call boxes, Melissa Madden ditched the legal career for the high-flying world of airline brands and broadcasters, and is now heading up regional marketing for BBC Worldwide where she oversees brands like Doctor Who and Top Gear.

AND NOT TO BE FORGOTTEN: 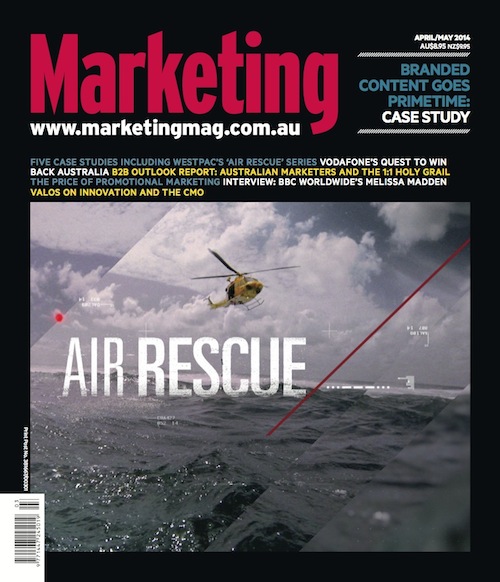