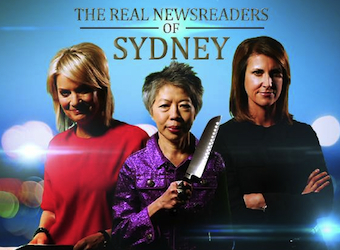 In Australian media news this week, magazine publishers have received readership and circulation data for the six months to June 2014 from the AMAA, three Sydney newsreaders team up for a comedy segment on SBS 2’s The Feed, BeIn Media Group to takeover Foxtel channel Setanta Sports Australia and a Computable News engine turns text into big data.

Media publishers are announcing their circulation figures after the Audited Media Association of Australia (AMAA) released its Audit Bureau of Circulations data for the period ended June 2014.

NewsLifeMedia is the number one digital magazine publisher in Australia with 43.6% share of total digital sales.

The company sold more than 3.8 million copies of its print and digital magazines in the six months to June 2014.

Bauer Media’s homemaker titles all experienced circulation growth for their fourth consecutive audit, with the company’s share of the homemaker category at an all-time high of 26.8%.

Readership across all of the Bauer homemaker titles is at 1.195 million, with more than 170,000 connections on social media.

“We all know the Real Housewives of Melbourne, but it’s behind the news desks of the harbour city that things get feisty,” says an announcement from SBS about the segment.

Watch the promo video to hear some priceless quotes from these normally straight-faced newsreaders.

Setanta Australia broadcasts international football and rugby union games to 2.5 million households with Foxtel subscriptions, as well as via FetchTV and online.

German Bundesliga, UEFA Europa League and RBS Six Nations are some of the competitions that Setanta Australia shows.

BeIn deputy chief executive officer Yousef Al-Obaidli said: “We are very happy to take our BeIn Sports brand to yet another admirable market. Australians are very passionate about sports and we are proud to fulfil this passion and provide them with a unique experience.”

The Capital Markets Cooperative Research Centre (CMCRC) has used an intelligent text mining engine to create new applications to help journalists and news organisations with the power of big data from text.

The Computable News engine gives structure to data, aiming to solve the problem of ambiguity in written text.

CMCRC researcher Professor Mark Johnson said the engine would help machines to interpret unstructured text and identify the key entities of subjects the text is about, such as people or places.

“This sounds easy and for humans it is, but machines find it very difficult to distinguish between people, places, things and companies with the same name. Depending on the context, ‘ABC’ could refer to Australian or American broadcasters, or the childcare company ABC Learning. Our solution extracts the most likely candidates and then links them to a knowledge base such as Wikipedia, resolving ambiguity as to who or what the text is about.”

One application built on the Computable News Engine is ‘Shorty’, which compresses news stories into two or three key lines and also clarifies names (replacing “Turnbull” with “Malcolm Turnbull” for example).

Another is a proof of concept editor that links writers to database entries that can be used for fact checking or to auto-complete particular details.