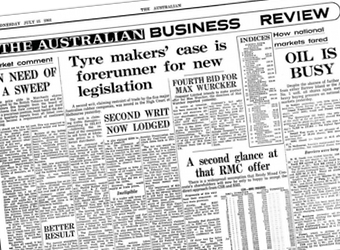 Nielsen has been appointed the sole and exclusive preferred supplier for the provision of digital audience measurement services in Australia, the Interactive Advertising Bureau (IAB) has announced.

Starting on 1 January 2015 for a three year period, the contract will involve, “a comprehensive overhaul of the existing digital audience measurement system, with a number of significant improvements and enhancements around mobile audience measurement and improved reporting capabilities.”

Several major service improvements will be delivered throughout the contract, including:

The announcement brings to a close the IAB’s seven month review process for a digital audience measurement solution to provide robust market data that accurately represents the ever changing digital media landscape. The Media Federation of Australia (MFA) and the Australian Association of National Advertisers (AANA) were involved in and supportive of the process.

The IAB received 23 expressions of interest after announcing the request for proposals in April 2014, and pared the list down to four companies before shortlisting Nielsen and GfK after the contenders presented their proposals to a specialist technical review board in September.

Positioned as ‘the new home for the best in business’, the section will feature new sections including:

The new section is being refreshed in paper and online, but it’s actually a return to the name it held in the first print edition of the paper (main article image).

To support the launch, NAB has taken out a front page strip, a commentary page strip and the full back page within the new section.

The launch of The Australian Business Review will be supported by a marketing campaign with executions in print, TV, out-of-home, digital, social and PR.

Yahoo7 has become the exclusive sales representative for banner advertising across the Australian Securities Exchange (ASX) network on both desktop and mobile sites, following a competitive tender process.

The deal will also see editorial content shared across ASX and Yahoo7 Finance.

The total audience reports for newspapers again sees Fairfax’s SMH at the top of the pack thanks to its digital audience.

Is your bus/train/tram full of News Corp columnists?

‘Extra Extra’ includes TVCs for The Daily Telegraph, Herald Sun, The Courier-Mail and The Advertiser, featuring News Corp journalists and columnists from each state on public transport (from each state). As News Corp puts it: “They feature a commuter experiencing each newspaper’s recently launched iPad app, together with some of News Corp Australia’s best journalists and contributors demonstrating how the app experience brings news to life.”