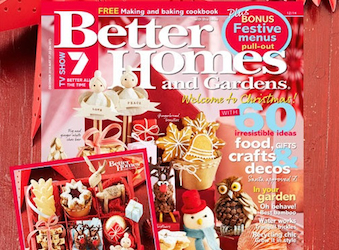 In Australian media news this week, Better Homes and Gardens prefers Emma’s figures to Roy Morgan’s, more than half of newspapers’ audiences are reading on digital, the out-of-home industry grew more than 10% in October, Mercedes-Benz is Qantas’ first Sky News inflight entertainment advertiser,  The Economist launches a daily edition and Surfing Australia’s owned content airs on mainstream TV channel One.

Both measurement standards place the company’s leading title, Better Homes and Gardens, in first place for paid magazine readership (after Coles Magazine and Fresh, by Woolworths). But EMMA is reporting the publication’s readership at 2,550,000 readers per month, while Roy Morgan states it as 1,835,000.

According to Pacific Magazines, Better Homes and Gardens also had the biggest readership increase of 9.2% year-on-year, whereas Roy Morgan fails to place it in the top 20 list for magazines with high readership growth, claiming its readership grew 4.2% since last September.

Other readership figures Pacific Magazines is reporting based on EMMA include:

More than half of newspaper readers choosing digital

58% of newspaper audiences are now reading content digitally, an increase of 17% since last year, according to EMMA (Enhanced Media Metrics Australia).

Newspapers’ combined print and digital readership has increased by 7% since last year. But print readership for Australia’s top 13 national and metropolitan newspapers decreased 2%.

The digital readership is highest when audiences are broken down to focus on those aged between 25 and 54. Further breakdown shows 65% of 18 to 24 year-olds, and 52% of 55-69 year-olds consuming journalism digitally.

“The increase in publishers posting to social media, plus the new news apps being launched into the market, is very likely powering these new figures,” said The Newspaper Works CEO Mark Hollands.

The Newspaper Works says a 3% year-on-year increase for total masthead readership was due to EMMA counting more publications this year than in 2013.

EMMA is run by Ipsos on behalf of The Readership Works, a company established by The Newspaper Works for that purpose.

The out-of-home advertising industry has reported an increase of more than 10% on its reported revenue from October compared with the same time last year, at $60.4 million in 2014.

Out-of-home category figures for the year to date in October 2014:

Mercedes-Benz has been announced as the first inflight advertising partner for Qantas’ Sky News coverage on the airline’s domestic flights between Mondays and Fridays.

Multi-Channel Network (MCN) made the announcement following last week’s news that Qantas is improving its in-flight entertainment through partnering with Sky News, Foxtel and Fox Sports.

The partnership between Mercedez-Benz and Sky News will begin this month and run until early 2015, including TVCs and billboards. The brand will also broadcast a campaign on Sky News.

Weekly publication The Economist is launching a daily digital edition, The Economist Espresso, designed to complement the weekly edition explaining the news on world affairs.

The Economist Espresso, available via iOS and Android apps and email, will be available every weekday morning in three editions – for the Americas, Europe and Asia.

Free readers can view one article each day, while full access is available to existing digital subscribers and The Economist Espresso-only subscribers.

The half-hour television show, mySURF.tv, is an extension of the IPTV surfing channel of the same name that the brand launched in December 2013.

Simon Joyce, managing director of BNM, Australia and New Zealand said: “mySURF.tv is a terrific example of how smart brands can leverage premium video content to generate revenue streams, and develop an archive of valuable assets. Brands now have the opportunity to become broadcasters and engage directly with their target audience.

“The launch of mySurf.tv on ONE takes this to the next level and demonstrates the commercial possibilities when an enterprise is committed to creating exceptional proprietary content.”