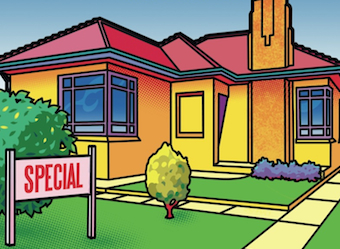 Stan, the new streaming service by Nine Entertainment Co and Fairfax Media, has announced a licensing agreement with ABC Commercial that will make popular Australian TV shows available via the service.

The lineup will also include dramas such as Rake, Redfern Now, Miss Fisher’s Murder Mysteries, Jack Irish and Janet King, and Australian factual programs including Whitlam: The Power and the Passion, Wide Open Road and Gallipoli From Above.

Children’s programming including The Wiggles, Dorothy the Dinosaur, Guess How Much I Love You, Justine Clarke, Octonauts, Angelina Ballerina, Bob the Builder, Thomas and Friends, Fireman Sam, Sesame Street and Mister Maker will also be included in the deal.

Profits to ABC Commercial received as part of the deal will be reinvested into local content production.

Fairfax Media’s Smart Investor magazine (pictured) will aim to double its audience by being inserted into the Australian Financial Review monthly, starting with the magazine’s April 2015 issue.

The magazine will also be revitalised with new expert columnists and sections, focusing on the economy, international investing and a ‘My DIY’ section for readers who operate self-managed superannuation funds.

The insert will aid the popularity of both publications.

“Smart Investor will be a must-read for the core AFR audience, because while our readers are highly skilled in business, finance and politics, in a world of fast-moving markets and frequent regulatory changes, they often need advice on how to navigate their personal financial affairs. Smart Investor is the only magazine of its kind and will give sophisticated investors yet another reason to purchase the Financial Review on a Friday.”

Impulse Screen Media is expanding its TV analytics platform across Australia in response to the rapidly-growing demand for real-time TV analytics data by advertisers.

Advertising and media buying agencies can use the data to optimise ad placement on mobile and social channels.

Vice Media is moving into movies with the startup of Vice Films, a joint venture with 20th Century Fox to develop, produce, finance, market and distribute films around the world.

Vice Films will nurture non-mainstream filmmakers aiming to capture the attention of millennial film lovers who are focused on new media technologies.

Both Vice Media and Fox will contribute resources to the venture, aiming to produce at least two films a year.

Vice has previously had success with making films and documentaries, including the 2014 Sundance-winning Fishing Without Nets, skateboard documentary All this Mayhem and Iranian vampire film, A Girl Walks Home Alone at Night.

TV advertising segment Brand Power has teamed up with the Australian Made, Australian Grown (AMAG) logo to create a platform for local brands to showcase their products.

The green and gold kangaroo logo is recognised by 98% and trusted by 88% of Australian consumers to identify authentic Australian products.

The Australian Made Brand Power series will only feature products sporting this logo.

Brand Power, owned by Buchanan Group, which is part of STW, has been driving sales for Australian household products for more than 25 years.

Alan Rusbridger to step down from The Guardian after 20 years, appointed chair of The Scott Trust

Guardian News and Media editor-in-chief Alan Rusbridger will step down after two decades following his appointment to chair of The Scott Trust, which safeguards the editorial future and independence of The Guardian.

Rusbridger will replace Dame Liz Forgan when her term as chair of The Scott Trust ends in mid-2015. The company is yet to announce his replacement.

Since beginning as editor-in-chief in 1995, Rusbridger has led The Guardian through international and digital expansions, including the launch of a digital Australian version last year.

In the US, the newspaper this year received the Pulitzer Prize for public service for its coverage on Edward Snowden’s National Security Agency’s surveillance leaks.

The UK Press Awards also named it Newspaper of the Year for its reporting on government surveillance, as well as awarding it for digital.

Rusbridger said: “I am honoured to succeed the quite brilliant Liz Forgan as chair of The Scott Trust, preserving the independent editorial values and the long-term financial stability upon which our future depends. We have strong future leaders in place with unparalleled news and digital experience, and I know that our journalism will be in the best possible hands.”

Earlier this year the company launched its new mobile-first, cloud-first website. The company says its new apps are “bringing the cross-platform nature of the new MSN to Australians anywhere on any device”.