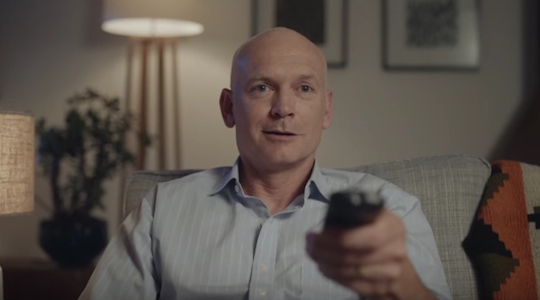 Get some free insect ice cream from The Economist

It starts in Sydney today (18 November), followed by Melbourne on 24 November. The campaign will run for 10 weekdays in both cities. The insect ice cream cart will operate on weekdays and location updates will be available daily via The Economist Asia Facebook page.

The aim of the campaign is to engage people with its editorial content and recruit new subscribers.

The branded cart will offer flavours such as Scurry Berry, a fruity ice cream with a mix of insect bits, and the smooth and chocolatey Choc Hopper, containing real grasshopper chunks.

People will be able to read an article published in The Economist last year: ‘Why Eating Insects Makes Sense’. The story explores the idea of using insects to feed the ever-growing global population, projected to reach 11 billion by the end of the century. Feeding that many will be a challenge – further complicated by the impact of climate change on agriculture, the article argues. Consuming less meat and eating more insects could boost food supply and feed the world sustainably.

GfK has announced its Survey 7 results for radio audience measurement in the five major metropolitan markets:

The report found Australian magazine total multiplatform audience grew by more than 2 million in three months to September 2015, to a total of 49.2 million.

The top 5 brands are:

Magic 1278 and Magic 882 Brisbane has moved to a “networked” model resulting in redundancies of some presenters, programming and administrative staff.

MRN chief operating officer Adam Lang says the move will offer the audience “the best choice of ‘The songs you know and love’, presenters and content”, while advertisers will have access to “an attractive audience to both agency and direct advertisers”.

“These changes will allow MRN to offer advertisers a true network approach to music for the important 40+ demographic in the Melbourne and Brisbane markets,” he said.

“It is an unfortunate consequence of these changes that some roles will be made redundant. This is a critical requirement toward bringing each station greater commercial appeal for our audience and clients. It does not reflect in any way on our hard working team members who have been made redundant. I would like to thank all of our Magic staff for their professionalism and dedication to our audience,” Lang said.

A new afternoons presenter and weekend lineup will be announced soon.

Bloomberg has launched a new fast-commentary section, Bloomberg Gadfly, with the goal to “provide rapid, smart takeaways on the day’s most important news on markets, finance, companies and technology”, says editor-in-chief John Micklethwait.

Gadfly is an expansion opinion section, Bloomberg View, and is led by Timothy L. O’Brien in New York with assistance from Edwards Evans in London, Paul Sillitoe in Hong Kong and Beth Williams in New York.

Fairfax Media’s The Australian Financial Review Magazine was named Newspaper Inserted Magazine of the Year for the third consecutive year at the 2015 Australian Magazine Awards.

Judges cited: “Keeping true to its brand, The Australian Financial Review Magazine continues to grow and innovate. Its brand extensions and digital offerings put this title above the rest.”

The AFR Magazine’s readership has grown 8% in the past year.

Free-to-air television body Freeview has launched a major new campaign, ‘Keeping up with the Freemans’ to highlight the key features of its hybrid TV service.

In 2016 SBS will introduce on-demand support for Apple TV and Google Chromecast.

Australia in a way that no other media company can and importantly, they can come to SBS for a genuine point of difference.”