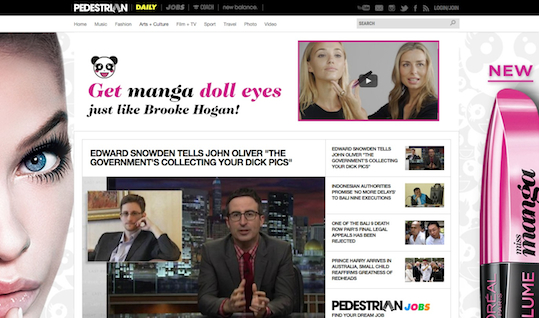 Nine Entertainment Co has expanded its opportunities in the youth market by investing in publishing brand Pedestrian TV.

Nine declined to comment on the commercial details of the transaction, but The Australian is reporting it paid about $11 million for a 66% stake.

Co-founders Chris Wirasinha and Oscar Martin will continue to run the business independently across content, operations and sales from their current Surry Hills location.

Pedestrian TV engages more than 1.5 million people each month with its pop culture musings and creative jobs listings. Its rapid growth has seen it included in BRW’s Fast 100 list for the past three years. Its advertising partnerships include Telstra, Lion Nathan, Intel and Mini.

Alex Parsons, managing director of Nine Entertainment Co.’s digital arm, Mi9, said: “Our mission is to create and sell digital products that people and brands love, and in certain categories our strategy is to invest and create opportunities for future growth. We are excited by the opportunity to help continue to build this business whilst learning from the impressive Pedestrian.tv team.”

The Conversation to launch in Africa

Opinion and news analysis website The Conversation has announced that it will launch an African base in Johannesburg in May, funded in part by the Bill and Melinda Gates Foundation.

TC-Africa will be the fourth TC edition to launch, following Australia (2011), UK (2013) and US (2014). The sites will all work closely together to share content and ideas.

Other funding partners for TC-Africa include the South African National Research Foundation and Knight Foundation, based in Miami.

Following its establishment in Johannesburg, the organisation plans to also launch hubs in Nairobi and Lagos.

The Conversation is a not-for-profit entity funded by a number of universities and other strategic partners. It publishes content from the academic and research community, aiming towards a better understanding of current affairs and complex issues.

ABC iView broke its monthly views record in March despite strengthened competition in the online streaming space with the recent launches of Netflix, Stan and Presto.

ABC iView is reporting 26 million program plays for its internet TV service during March. It is attributing much of this success of its ABC Kids iView app, which improved on its previous record by 3 million plays.

The ABC said in a statement: “There is little doubt that audience habits are shifting to a world of content on-demand, but importantly Australian content and stories continue to be the foundation of iView’s success.”

iView has launched a ‘Binge on the Best of Australian Drama’ month for April, during which local dramas including Janet King, Redfern Now and Jack Irish will be available to watch.

NewsLifeMedia has launched its Australian version of the Russian fashion website, Buro 24/7, with Tiffany & Co., Destination NSW, Cartier and Coach already on board as advertisers.

The site will feature both Australian content and content leveraged from the global network of Buro 24/7 websites.

“The site beautifully marries content from the highly successful international brand with coverage of local cultural influencers who have a distinctive global view and appeal. The site sits in our prestige digital portfolio for luxury and premium lifestyle advertisers.” 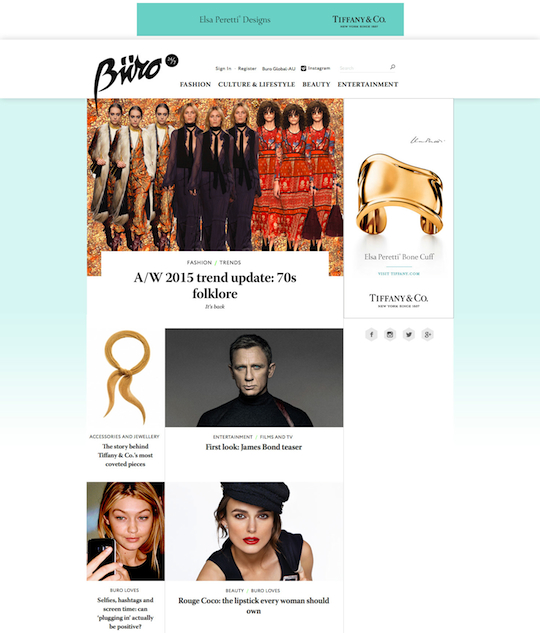