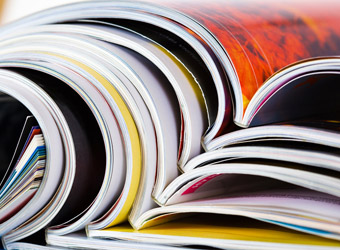 Roy Morgan’s readership figures for the July to September quarter show readership of 73 magazines declined year on year compared to 55 which experienced increases. At a category level, home and garden, women’s fashion, food and entertainment, health and family, and fishing were the only areas to record increased fortunes, while the categories of women’s, men’s and TV were the hardest hit.

The men’s category was again one of the worst hit, shedding 15.4% of readers, while men’s lifestyle dipped 4.3%. ACP’s Picture fared the worst of the group with a 22.6% loss, followed by stable mate Zoo Weekly with a 18.7% decline. NewsLifeMedia’s GQ fell 6.3% while fellow fashion title Men’s Style rose by 1.6%. Inside Sport bucked the trend with a 27.6% increase.

The various women’s categories all shed around 6%, apart from women’s fashion which rose 6.7%. Pacific’s Who and Famous fell by 17.3% and 11.2% respectively, while the publisher’s That’s Life and Girlfriend also fell by 15.3% and 13.2% each. ACP’s Women’s Weekly, continued to reign supreme with 2.1 million monthly readers, despite a loss of 8.4%.

Food and entertainment grew by 1.8%, with Selector logging the biggest increase of any title during the period – an impressive 61% year-on-year increase. ACP’s Recipes+ and Gourmet Traveller Wine rose by 32.4% and 16.8% respectively. In contrast, NewsLifeMedia’s Delicious and Masterchef Magazine declined by 18% and 10.5% respectively.

ACP’s chief executive Matt Stanton says the results show people are focusing on things that are most important to them, such as health, home and food in uncertain economic times. “The latest readership survey shows good growth in several categories… These gains highlight consumers’ strong demand for good, relevant content and demonstrate magazines’ ability to tap into the current psyche as in uncertain economic times people focus on the things that are most important to them.”

NewsLifeMedia managing director Nicole Sheffield says the readership numbers only tell part of the story. “Our lifestyle brands continue to attract huge and rapidly increasing digital audiences. We have enhanced iPad versions of Donna Hay magazine and Super Food Ideas, plus all of our titles are available in the Zinio newsstand. The tablet platform is attracting new readers to our brands and we are bringing our advertising partners along with us for the journey and additional exposure.” 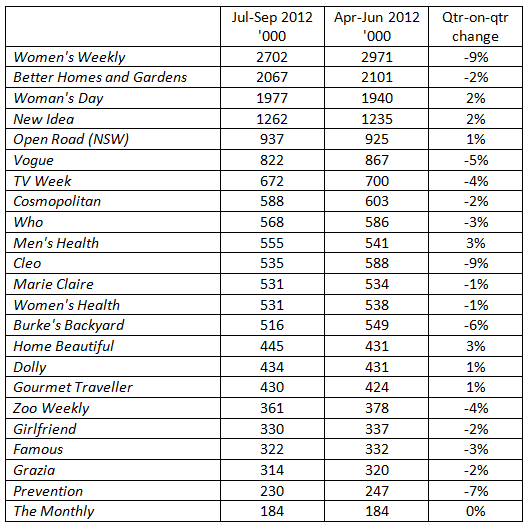