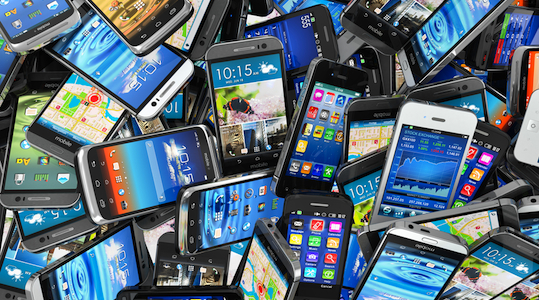 The volume of data Australians downloaded from mobile handsets almost doubled in the year to June 2014, skyrocketing by 97% to 38,734 terabytes.

The ACMA’s ‘Australians digital lives’ report shows that mobile is the fastest-growing way of downloading data, while fixed-line broadband volumes increased by 53% and wireless by 20%.

The report notes a trend towards more complex home networks through fixed-line and Wi-Fi as more Australians use multiple devices.

Total data demands increased by 53% in the June 2014 quarter.

“Growth in online activity continues to be a major catalyst for change in the Australian communications and media market, providing both new growth opportunities and challenges for traditional industry revenue.” 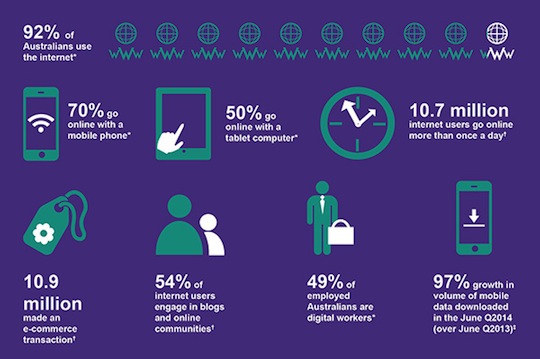 92% of Australians are now online but 1.1 million people remain unconnected to the internet.

The figure of offline Australians has halved in the last four years, down from 2 million in June 2010. Older age and lower incomes are the main factors linked with being offline.

The majority of us who are online are showing intensive engagement across numerous devices and greater consumption of data. 10.7 million Australians are going online more than once a day.

Younger people aged 18 to 44 are the most active digital citizens. In the six months to May 2014, 100% of young Australians went online compared to only 68% of Australians aged over 65.

Almost half of employed Australians (49%) are ‘digital workers’ using the internet to work away from the office or out of normal working hours.