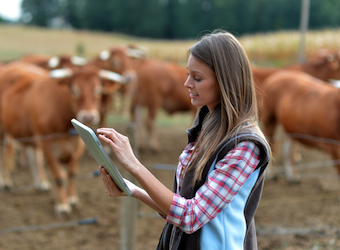 Mobile internet use has dramatically increased in regional Australia, with one in three adults from communities of less than 1000 people now going online via smartphone. Four years ago, that figure was just one in 20.

The Australian Communications and Media Authority (ACMA)’s research also found that those regional Australians from communities with less than 1000 people are going online at multiple locations.

In December 2013, 18% of these adult internet users used the internet from three or more separate locations such as home, work, school, the library or a wireless hotspot. This compares with just 12% in December 2009.

Adult internet users in communities of less than 1000 people have also increased their online frequency, with 46% going online more than once a day at December 2013, compared with 33% at June 2009.

But despite these increases, regional disparities still exist – 17 percentage points divide the amount of non-urban Australians and those living in major capital cities using the internet via their mobile phones.

A 17 percentage point difference also exists between the number of non-urban and major city dwellers using the internet outside of home.

The proportion of the population with a home broadband internet connection is 12 percentage points higher in major capital cities.

Nationally, 46% of adults used the internet via their mobile phones during December 2013, a dramatic increase from just 10% four years earlier.

More Australians are now streaming rather than downloading entertainment content such as catch-up TV and video-on-demand, with between 27% and 46% of internet users now streaming. Between 21% and 34% continue to download.

The proportion of internet users streaming content increased much more dramatically than those downloading it, with a small decline in major urban areas.

The ACMA attributes this change to increased network capabilities, increased availability of streaming services and the growth of cloud services – 14.9 million people used a cloud service in the six months to May 2014.