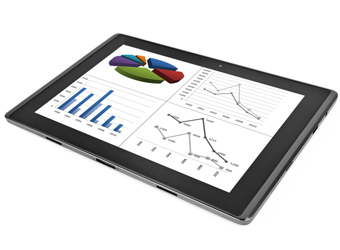 The discovery, made by Marin Software, shows consumers are much more engaged with search ads on smartphones and tablets, with CTRs that are respectively 24% and 39% higher than on desktops.

The ad management platform’s report, ‘The State of Mobile Search Advertising’, predicts smartphones and tablets will represent 25% of Google’s Australia paid-search clicks by December 2012, up from just 5% in January 2011.

Managing director of Marin Software Australia, Nick Gill, warns advertisers that the mobile will be the battle ground for the hearts, minds and wallets of consumers. “The emerging world of a mobile-enabled customer is significantly different from the pre-smartphone world,” Gill says. “Much like the desktop market, search represents the largest destination for mobile ad budgets and a combination of explosive user adoption of mobile devices, coupled with favourable performance characteristics for ads, make mobile search an increasingly critical growth opportunity for both Australian advertisers and Google.

“Advertisers who adapt their marketing strategies to align with mobile search scenarios will ultimately win the battle for the consumer’s hearts, minds and wallets.”

Search ads on smart mobile devices also have a lower cost per click (CPC) than desktop ads, according to Marin. This difference in cost, coupled with higher CTR on mobile, creates favourable performance conditions for advertisers and increased demand for mobile ads.

In 2011, Google’s share of clicks from mobile devices rose by 132%, while the percentage of advertisers’ search ad budgets dedicated to mobile devices increased by 156%.

Marin forecasts large advertisers will more than double their mobile search budgets in 2012, spearheading the growth of Google’s mobile search business at four to eight times that of their desktop business.

BY ON 6 September 2012
Chris Byrne used to be research editor of this publication, but now contributes from various locations. He also contributes to The Fetch and has been published in The Guardian, Sydney Morning Herald and The Age.
Tweet him @penseive

« Tablets to hit 30% penetration next year, growth rivals smartphonesGoogle study: Content is King, the screen is Queen and context is God »