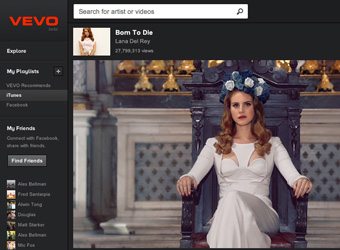 The study of 105 US residents aged 15 to 35 indicates the passion people feel for music has a positive knock-on effect for executions inserted in between music clips. Watching music videos left the participants of the study with an emotional intensity score of 0.70, which equates to a “powerful impact” on the viewer’s mood. This was significantly higher than the score of 0.63 registered by TV viewers – a moderate level of impact on emotional intensity.

Ad break memory for music videos was also significantly higher than for traditional TV, while the scores for online TV and online TV clips sat somewhere in between the two. 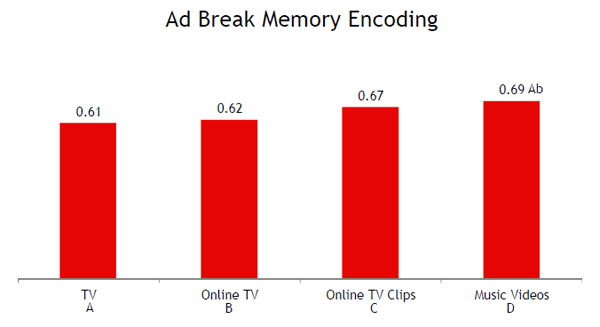 Music videos and conventional TV shows on the other hand show the greatest ‘content to ad break transference’ – the ability to translate high program performance into strong ad break performance.

Note: A score of 0.7 or above means the content has a powerful impact on engagement, emotional intensity or viewer take (memory encoding) out. A score of 0.3-0.7 means viewer take out is moderate and may or may not have an impact on purchase behaviour.

Online TV content, both full shows and clips, also showed drops in product salience, meaning viewers have less positive associations with brands after they are advertised in TV content online.

Neuro-Insight uses brain-imaging technology to measure how the brain responds to communications, based on the premise that memory encoding and emotional intensity have a strong correlation with an advertisement’s marketplace effectiveness.