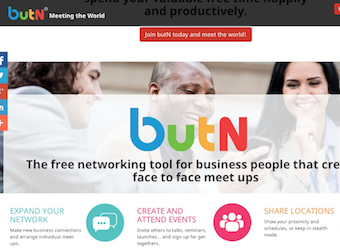 A new app dubbed the ‘Tinder for business’ is in beta testing in Australia. ButN is a new kind of social network for business that enables in-person meetings and events.

Positioning itself as a social network that goes “well beyond” the capabilities of LinkedIn, ButN takes inspiration from various dating sites, which it acknowledges have “pushed the boundaries of connectivity”.

Founder Robin Chater is also secretary-general of HR support organisation, Federation of European Employers (FedEE) and managing director of UK company The Fashion Design Studio. His LinkedIn profile says he divides his time between the UK, France and China.

Rejecting the likeness to Tinder in its use of location tracking technology, Chater says ButN means serious business, “and certainly no good night kiss”.

“Although there is always a social element to both dating and business networking the important factors are not what someone looks like or their personality – but who they work for, who they know and what new commercial or technical insights the other person can provide.”

Users can sign into ButN using their LinkedIn account to create their profile. The network then shows the profiles of other users in their vicinity and information about nearby upcoming events.

“ButN is about business and is geared to face-to-face networking – using Internet connectivity, GPS and other technologies to allow professionals to build up contacts globally with people they have met and therefore really know,” Chater says.

The platform is especially aimed at people travelling for business who are seeking to network.

“I had often personally felt a sense of lost opportunity during long evenings in faceless hotels after the stresses of daytime meetings. It was also becoming clearer to me how online networking could be adapted to help the business traveller relax in a productive way – and the key was using digital technology to increase face-to-face connections,” Chater explained.
ButN was recently launched in Europe and is in the process of developing Chinese and Japanese language versions.

Check out the ButN user guide for extensive and slightly hilarious tips on how to use the service, including a reminder to bring breath mints to a meeting and not get in cars with strangers. 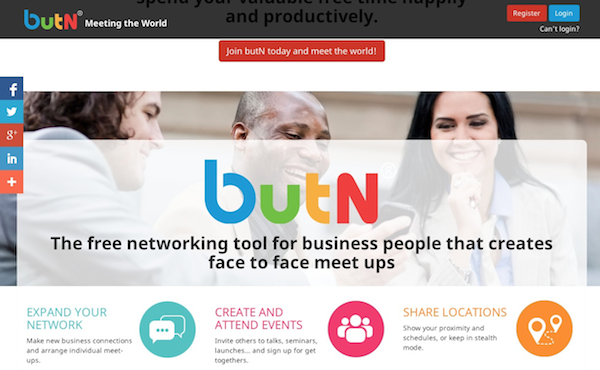