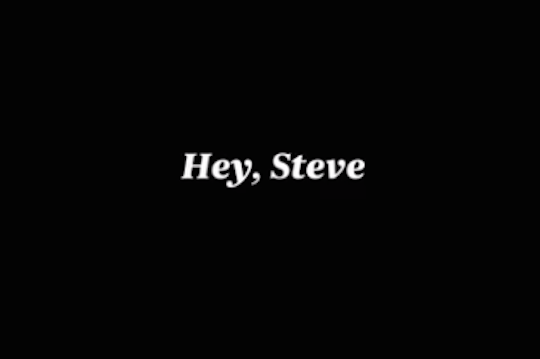 Air New Zealand taunted Steve Smith today with a 40 second ad entitled ‘Hey Steve. We need to talk’. Distributed via Air New Zealand’s Facebook and Twitter accounts, the video has amassed over 100,000 views on Facebook and 3000 retweets in only 18 hours.

The ad pokes at Smith’s role in the recent ball tampering scandal in Cape Town, South Africa, calling him a “naughty boy” and offering a “master class in (legal) swing bowling.”

“Oh, also. It’s a little cooler down south. So it might be a nice way for you to escape the heat back home.”

The video concludes by extending the invitation to the other leadership players involved in the scandal, “David and Cameron are welcome too.” Coach Darren Lehmann announced a 12-month ban for Smith and Warner this morning, along with a nine-month ban for Bancroft, so the boys should have plenty of time to take up Air New Zealand’s offer.

Although the video has been generally well received on social media, many have been quick to bring up a similar match fixing scandal in 2008 involving the New Zealand cricket team.

“They have made a grave mistake, but they are not bad people,” assures Lehmann in a press statement. “These are young men, and I hope people will give them a second chance.”

Cricket Australia CEO James Sutherland says, “Ultimately in my view, what we are all about as organisation is about inspiring kids to love cricket, and if this has damaged the ability of cricket as a sport to inspire kids… then it is a sorry state and we need to do everything we can to repair that damage.”

Since the scandal broke, Cricket Australia sponsors Sanitarium, Qantas, Toyota and XXXX Gold have condemned the team’s actions. Warner’s representative sponsorship deal with LG has been dropped entirely by the brand, which means we shouldn’t expect any more of his famous OLED TV ad appearances any time soon.

BY ON 29 March 2018
Josh Loh is assistant editor at MarketingMag.com.au

« Hashtags don’t work, how to increase your Instagram #engagementFacebook shuts down third-party data targeting for advertisers »