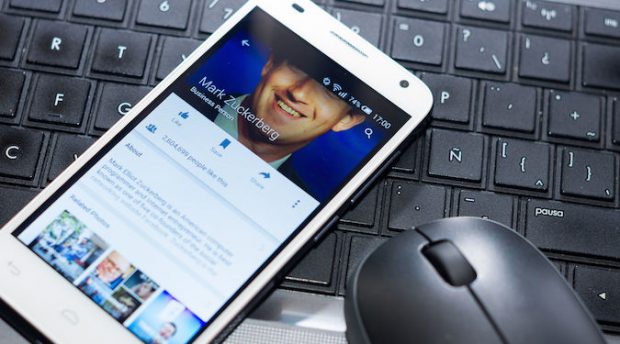 Facebook bought full-page print ads in US and UK newspapers to apologise for the Cambridge Analytica data scandal.

Facebook’s apology for the Cambridge Analytica data scandal appeared as a full-page print advert in nine newspapers across the US and UK today (full apology below). The ad, signed by Mark Zuckerberg, says Facebook is taking steps to prevent similar breaches from occurring again, and promises to “do better for you”.

Following Facebook’s suspension of Strategic Communication Laboratories (SCL) and Cambridge Analytica on 16 March, the social media platform has seen an exodus of digital advertisers, and a value drop of $60 billion. Big players such as Mozilla, Sonos and Commerzbank (Germany’s second largest bank) have ceased their advertising on Facebook since the scandal broke.

#DeleteFacebook trended globally on Twitter, with SpaceX and Tesla CEO Elon Musk weighing in by removing both of his company’s Facebook profiles, tweeting that Tesla’s Facebook page “looks lame anyway”.

The controversy sparked with whistleblower Christopher Wyllie describing in detail how Cambridge Analytica violated Facebook’s platform policies, harvesting over 50 million Facebook profiles through an app under the guise of an academic research tool. Read our coverage here ».

Cambridge Analytica is currently under several investigations, accused of using information from millions of nefariously gathered Facebook profiles to influence the 2016 US Presidential Elections and UK Brexit referendum.

Zuckerberg first broke his silence on the issue with a Facebook post stating “I want to share an update on the Cambridge Analytica situation.” The print ad released today echoes several points brought up in the post (in greater length) – promising to “investigate all apps that had access to large amounts of information before we changed our platform to dramatically reduce data access,” and “learn from this experience to secure our platform further and make our community safer.”

The ad reads:
“We have a responsibility to protect your information. If we can’t, we don’t deserve it.

You may have hear about a quiz app built by a university researcher that leaked Facebook data of millions of people in 2014. This was a breach of trust, and I’m sorry we didn’t do more at the time. We’re now taking steps to make sure this doesn’t happen again.

We’re also investigating every single app that had access to large amounts of data before we fix this. We expect there are others. And when we find them, we will ban them and tell everyone affected.

Finally, we’ll remind you which apps you’ve given access to your information – so you can shut off the ones you don’t want anymore.

Thank you for believing in this community. I promise to do better for you.