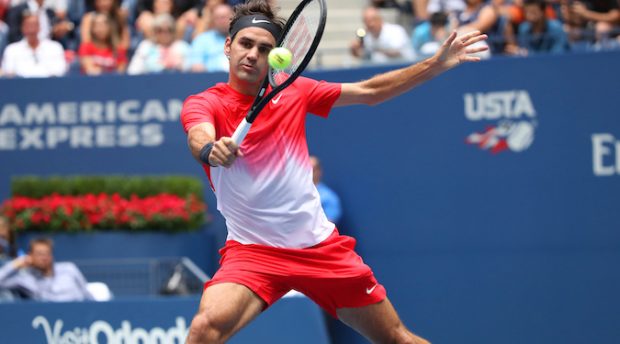 Out with the new and in with the old – Uniqlo may be set to fill its superstar slot with Roger Federer after parting with Novak Djokovic last year.

Former tennis world number one (current number two) and gold medal Olympian Roger Federer is free of branding for the moment. Federer told media at the Stuttgart Open in Germany that his contract with Nike expired in March.

Rumours ensued across Swiss newspapers yesterday, Le Matin reports that the 36-year-old is set leave Nike to sign with Japan’s Uniqlo in a US$30 (AU$39.4) million 10-year deal.

“They are rumours and nothing is ruled out, neither my continuity in Nike nor the end of our collaboration, nor a change to any brand,” Federer told reporters.

Federer joined Nike as a rookie in 1994. Little did the sports brand know it would be signing on an all time men’s record holder of 20 Grand Slam title wins. Federer will be eyeing off a return to his number one spot, reaching the final of the Stuttgart Open should secure a final seeding jump heading into this year’s Wimbledon.

Fellow former number one Novak Djokovic left Uniqlo last year for Lacoste, having represented in Adidas and Sergio Tacchini in the past. Left without a big name in tennis, Uniqlo has every incentive to lure Federer into the fold.

Despite his expired contract, Express UK reports that Federer has been snapped sporting his Nike kit warming up for the Stuttgart Open.

Federer has remained vague on his sponsorship plans, in response to more questions about his branding future, he said, “We’re talking. We’ll see what happens. I’ll let you know.”

BY ON 14 June 2018
Josh Loh is assistant editor at MarketingMag.com.au

« Most personalisation is creepy and brands know it – new reportHouston, we have a… party? Mumm pops the cork on zero-gravity champagne »