Google Duplex changes the game in voice AI – can you tell the difference?

Google Duplex changes the game in voice AI – can you tell the difference? 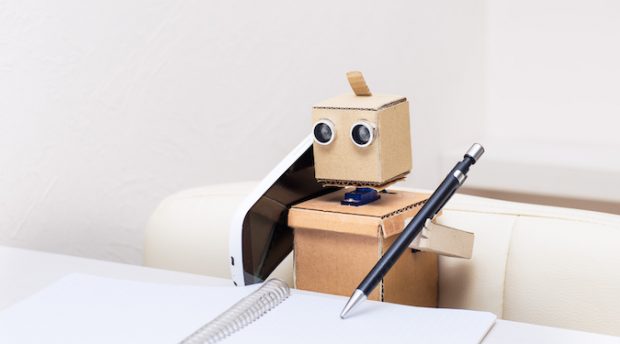 Google introduced Google Duplex at its I/O conference this week, an AI voice assistant that impersonates a human assistant to schedule appointments over the phone.

At its California Google I/O conference this past week, the company introduced Duplex – a smart voice assistant that sounds almost indistinguishably human. The demonstration saw Duplex calling several restaurants and a hair salon to make reservations on behalf of its ‘client’.

In a Google blog post, principal engineer, Yaniv Leviathan, and vice president of engineering, Yossi Matias, say the technology is still in development and only functions within specific domains. “Duplex can only carry out natural conversations after being deeply trained in such domains. It cannot carry out general conversations.”

The aim of this AI appears to be a deceptively accurate approximation of human tonality and language – Duplex even replies with ‘ums’, ‘ahs’ and ‘mm-hmms’. On this, Leviathan and Matias say, “We use a combination of a concatenative text to speech (TTS) engine and a synthesis TTS engine to control intonation depending on the circumstance.

“The Google Duplex system is capable of carrying out sophisticated conversations and it completes the majority of its tasks fully autonomously, without human involvement.”

Some were sceptical of the Duplex demonstration, questioning whether human impersonation should be AI’s goal, “Google’s experiments do appear to have been designed to deceive,” Dr Thomas King from the Oxford Internet Institute’s Digital Ethics Lab told Techcrunch. “You don’t necessarily need to deceive someone to give them a better user experience by sounding naturally.”

Google says it will begin user trials of Duplex within its Google Assistant later this year, allowing users to ask Duplex to make restaurant reservations, hair appointments and ask about holiday trading hours.

Google also announced at I/O 2018 that users will have access to six new voices for their Google Assistant, including one provided by John Legend.

BY ON 11 May 2018
Josh Loh is assistant editor at MarketingMag.com.au