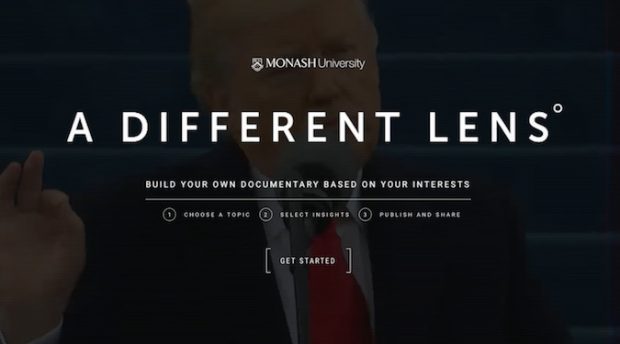 An extension on its ‘A Different Lens’ campaign, Monash University has launched a ‘Build Your Own Documentary’ platform for students and industry professionals.

According to creative director at Y&R Melbourne James Wills, “After interviewing Monash academics for the ‘A Different Lens’ documentary series, we quickly realised we were leaving heaps of inspiring and intelligent insights on the cutting room floor.

“We didn’t want them to go to waste, so the Build Your Own Documentary platform was born.”

Built by Y&R Melbourne, the platform offers users to choose from seven main topics and a variety of subjects. Compiling this selection, the technology stitches together footage from the Different Lens series to create a bespoke mini-documentary. 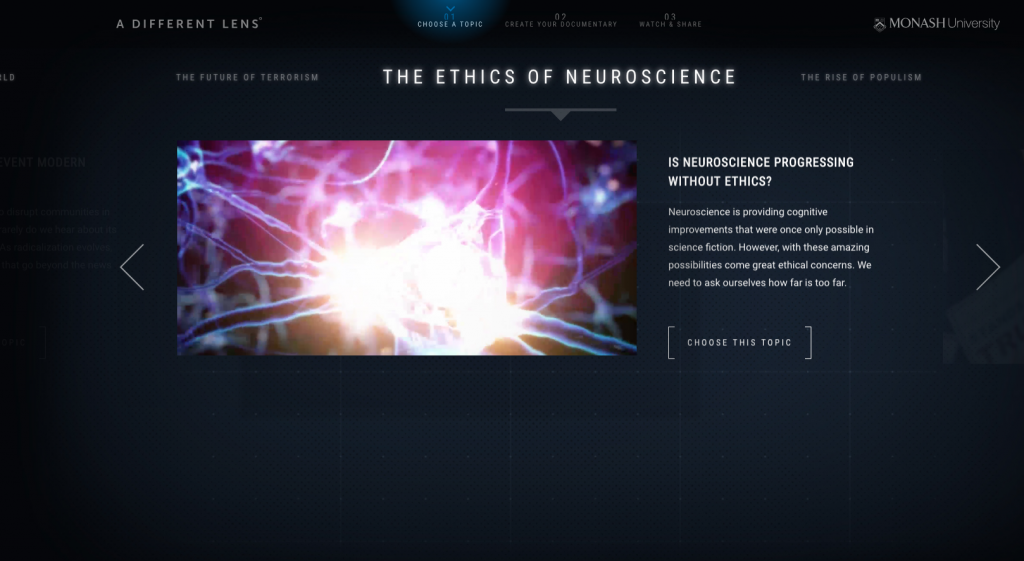 “We’re excited to give current and potential students, and interested members of the community, the ability to engage with the issues most important to them,” says Fabian Marrone, CMO at Monash University.

“The Build Your Own Documentary platform for ‘A Different Lens’ allows users to generate highly targeted, highly relevant, in-depth content for an audience of one, instantly.”

After watching their unique edit, each user is served a tailored list of Monash University courses corresponding with the topics they chose to include in their documentary.

According to Y&R, the platform has access to hundreds of hours of footage, cutaways and music tracks, resulting in millions of possible outcomes for users.

Following the campaign, Y&R has since been joined with VML – both subsidiaries of WPP AUNZ – to create a new agency, VMLY&R.

BY ON 7 November 2018
Josh Loh is assistant editor at MarketingMag.com.au