Qantas customers will now have access to Apple Music, Audible and… guided meditation?

Qantas customers will now have access to Apple Music, Audible and… guided meditation? 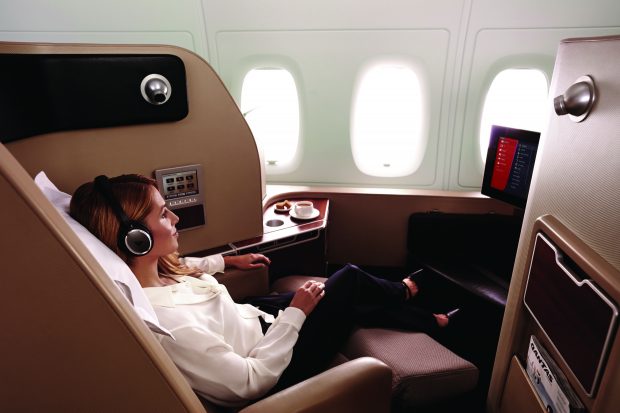 Qantas has announced partnerships with Apple Music, Audible and News Corp Australia in a series of upgrades coming to its in-flight entertainment system, including a guided meditation experience.

Launching in June, customers across the Qantas network will have free limited access to Apple Music, Audible and News Corp content. In March of 2017, the airline partnered with Stan to offer its full library to in-flight customers, this offering will allow customers access to partnered content on and off-deck.

“Between the special offers from our content providers, programs on seatback screens and wi-fi rolling out on domestic aircraft, there will be no shortage of entertainment on board,” says Qantas chief customer officer, Vanessa Hudson.

“Customers tell us they value being able to take time for themselves inflight and watch a movie or read a book, and now we can help them find a little extra relaxation with guided meditation,” continues Hudson.

Customers will be able to download partnered content prior to their flight or stream via in-flight wi-fi coming to Qantas’ domestic fleet of A330s and B737s.

Qantas has partnered with global service provider ViaStat to deliver its in-flight wi-fi. The airline claims the service will feature speeds up to ten times faster than conventional in-flight connectivity and will be sufficient for customers to stream video content.

“Our customers watched 22 million hours of inflight entertainment last year, so we know a lot of people enjoy being able to catch up on their favourite TV shows when they fly or watch movies they didn’t get to see at the cinema,” says Hudson.

BY ON 18 May 2018
Josh Loh is assistant editor at MarketingMag.com.au