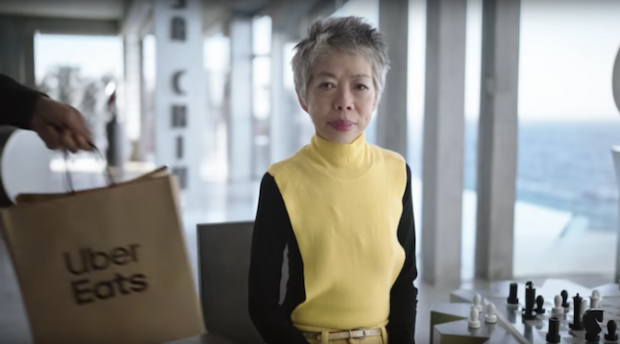 The ‘Tonight I’ll be eating’ campaign was the first for Uber Eats in Australia last year. According to Uber’s ANZ marketing director Steve Brennen, the campaign drew from insights that one third of Australians still don’t know what they’re having for dinner between the times of 4pm and 7pm.

“We’re excited to bring the campaign back in market with fresh, new personalities and partners,” says Brennen.

“We know that the way food is being consumed is rapidly changing, we’re time poor and looking for convenient and affordable ways to make our lives easier.”

“I can’t actually remember the last time I watched an ad and laughed out loud,” says Lara Thom, GYG CMO.

“We’re proud of our partnership with Uber Eats as we deliver record numbers of burritos, nachos and tacos across Australia. I have no doubt a few more will be trying GYG as a result of this brilliant campaign.”

The campaign will be supported by OOH, radio, digital, direct and PR, as well as a host of live social media activations and media partnerships.