Too few companies are engaging with new technologies, including wearable technologies which can improve employee performance by 76%.

Growth in employee productivity is slowing despite companies investing heavily in technology, according to Forrester’s ‘The Technology-Augmented Employee’ report. The report says that firms are equipping their employees with the wrong technology, and not engaging with cutting-edge platforms enough. Forrester says among the most promising technologies in workplace enhancement is wearable technology.

According to a study conducted by Goldsmiths, University of London, and technology company Rackspace, “wearable technologies have been found to boost productivity by 8.5%.” Some companies have begun offering fitness wearables to employees, on the principle that healthier employees will take fewer days off work, save on health insurance costs and be more productive. According to a Salesforce study, companies implementing workplace wearables saw a 76% increase in employee performance.

Wearable technologies have been found not only to be useful to the individual, but also from a HR perspective. Techwire Asia reports that some companies have offered employees incentives such as cheaper health insurance costs, to increase their fitness levels, tracked via wearable technology. While seeming an attractive motivation, 82% of employees are skeptical of their employers holding their personal data, fearing invasion of privacy and their non-work-related activities impacting their employment, according to a survey conducted by Fiberlink.

Forrester predicts that wearable technology will become integral in revolutionising the workplace, along with artificial intelligence, augmented reality and industry specific apps. These technologies will aid in augmenting the average worker, to deliver significant boosts in productivity.

The wearables available on the market today aim to bolster efficiency in a variety of areas:

Health and activity trackers. Devices such as the Fitbit and Apple Watch deliver reminders to encourage healthy living such as staying hydrated, standing regularly and exercise. The Apple Watch’s ‘Breath’ app aims to reduce users’ stress and anxiety with a short meditation session. 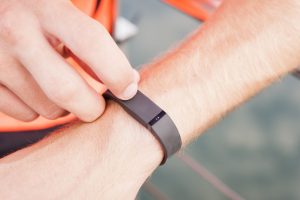 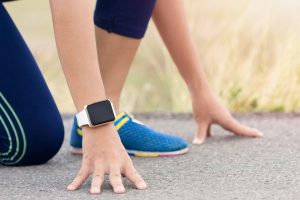 Other technologies are more industry specific: the SmartCap measures its users alertness using EEG, sending live updates to the user’s smartphone and supervisors. This technology has been embraced particularly in the long-haul transport industry – drivers’ alertness is monitored by the device, allowing users’ a clearer indication of when to take rest breaks. Applicable in other industries also, mining and construction firms have also implemented this technology to monitor and manage employee wellbeing. 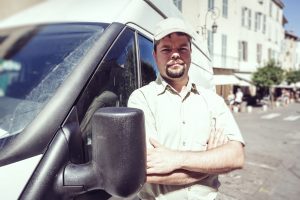 Samsung embraces the term wearable to the fullest with its Samsung Smartsuit. The suit’s sleeves are equipped with NFC tags, able to unlock the user’s smartphone, transmit data (such as digital business cards) and toggle other devices between office and driving modes. 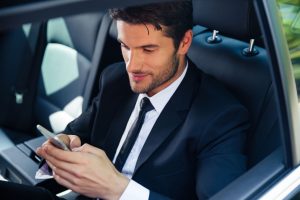 Forrester’s report includes a case study from the Cincinnati/Northern Kentucky International Airport. Restrooms were cleaned on a routine schedule, and due to flights varying foot-traffic to different areas of the airport, cleaning staff needed greater insights into which areas required more attention at any given time.

The Airport partnered with Hipaax and Samsung to develop a wearable technology solution. Restroom entries were fitted with foot traffic sensors and janitorial staff wore connected Samsung Gear smartwatches. Staff were then able to prioritise areas that required the most attention based on live data. Furthermore, staff were able to notify their colleagues when particular zones has been attended to, and which work-order they were focusing on.

BY ON 8 March 2018
Josh Loh is assistant editor at MarketingMag.com.au