The Wilderness Society says we need to save ugly animals too

The Wilderness Society says we need to save ugly animals too 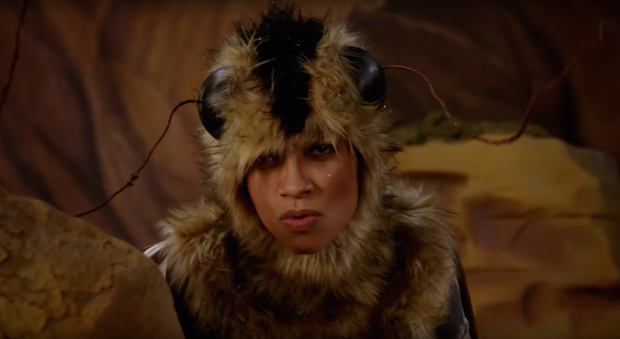 Rosario Dawson stars in The Wilderness Society’s new campaign video encouraging Australians to extend their environmental sympathies to the ugly side of nature.

In an effort to raise awareness around universal environmental conservation, The Wilderness Society has launched its latest campaign, ‘Save Ugly’, with a comedic music video.

“Our research shows people do care about the environment. But their concern is latent. They don’t see the immediate threat or consider other concerns more significant,” Rob Beamish, national creative and communications director at The Wilderness Society Australia.

“Plus, there’s an emotional bias about green groups in people’s minds that hinders our ability to engage the mainstream. These challenges have called for a fresh approach that grabs people’s attention and makes the message super sticky.”

The three-minute spot stars American actor Rosario Dawson as an ethmia clytodoxa moth alongside Australian actresses Cate Blanchett as a Mary River turtle, who breathes through its genitals and Teresa Palmer as a southern right whale, whose faeces is a rich nutritional source to phytoplankton and other ocean life.

The film was produced by New Zealand director Zoë Bell. Bell says she and her team were “so excited to get involved and lend their support. It’s a true testament to the bold concept that is Save Ugly, and the desire of everyone to get behind such an incredible cause.”

Beamish teases that the launch video is only the start of a “deep campaign strategy to overhaul the environmental protection regime in Australia.”

“This campaign is the humorous tip of a very serious spear. Save Ugly is our excuse to start conversations about humankind’s need to preserve intact ecosystems, for our own survival. Then drive the change needed to reflect this in legislation.”

BY ON 21 June 2018
Josh Loh is assistant editor at MarketingMag.com.au