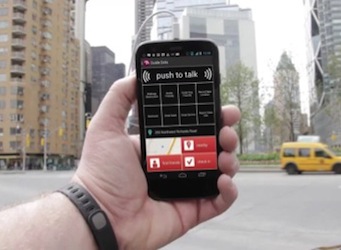 A connected shirt, food selfies that save lives and an app for the visually impaired stood out as the world’s best digital marketing in October 2014.

Australian Rules Football is a huge marketing opportunity for both free-to-air and pay TV. Australia’s biggest pay TV broadcaster Foxtel has been riding the football tide for the past two years, creating personalised DM pieces for hardcore fans. However, thus far this hasn’t had a real impact on the amount of TV subscriptions. In order to get the fans closer to the game Foxtel used wearable technology to create the ‘Alert Shirt’.

The ‘Alert Shirt’ works in conjunction with a custom-built phone app that captures real-time game data and relays it via Bluetooth to electronics inside the shirt. Here it is converted into powerful sensations that simulate the live sporting play. In a matter of a week, 2.1 million people were reached on Facebook and conversation sparked all over the world.

“‘Wearable’ is the current top digital buzzword and may be for some time to come. This might not be the last word in wearable technology but it’s certainly an interesting example. Foxtel produced the ‘Alert Shirt’ with sensors which gave haptic feedback to wearers during these Australian Rules football games; bringing viewers closer to the action than TV alone ever could. The Foxtel Alert Shirt literally ‘connects’ fans to the game, allowing them to feel what the players feel, live, as it happens. Thinking more generally, the possibilities of this technology truly blow one’s mind!”

FCB New Zealand and Unicef harnessed the unstoppable foodporn trend to raise awareness and donations for those whose food choices are far from photo worthy. Instagram, the main channel for foodies, was hijacked to encourage them to buy Unicef Survival Food Aid Packs. The campaign proved to be a hit on a local level and will quite possibly be relaunched globally.

“This is a wonderful example of how UNICEF can attract social media attention without the launch of a campaign but rather leveraging the content that is out there and integrating that to the message they would like to give. Really clever usage of conversation and implicitly asking people for help in return.”

“Choosing Instagram as channel to publish the photos is good option to get more awareness, viral from this campaign.”

Independence is basically stripped from those who’ve lost their sight. Guide dogs are certainly helpful for daily tasks and commuting, but in the age of remarkable technology it’s rather odd that these people are still relying on human’s best friend. This collaboration combined smartphone accessibility with location data to create Guide Dots, a free audio-based discovery app with accessibility features. 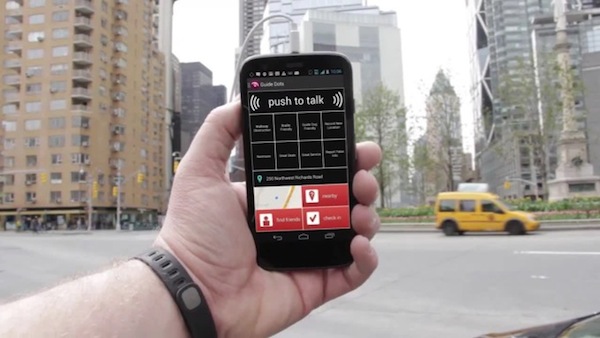 “Seeing how technology can improve lives reinforces my love for this industry. Using smartphones to unlock a world that guide dogs and canes can’t is genius. Guide Dots really does make the world a more interesting place for the visually impaired.”