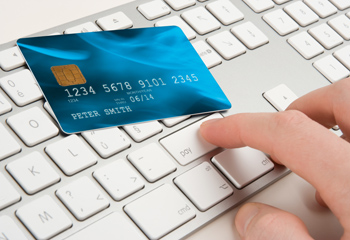 If the top 15 online retailers in Australia were a single entity, they’d be bigger than Myer and David Jones and almost on par with department store market leader Big W, according to research from data analytics firm Quantium.

After a year in which online retail grew almost 29%, around 10 times the speed of offline retail, Australia’s highest selling online operators have reached a cumulative size where their sales are now on par, or greater than, the top five Australian department stores.

In an indictment on the ability of Australia’s largest retailers to adopt an omni-channel strategy, only two of the top 15 online players are also bricks-and-mortar players. This highlights the strength of pure play online retailers in Australia, according to director at Quantium Tony Davis, who compared the situation to the US, where 13 of the top 15 online retailers have a bricks-and-mortar presence.

“The strength of the pure play online retailers in Australia is very profound and raises the more significant question about the ability for the bricks-and-mortar retailers struggling to work out what their online strategy would be,” Davis said.

Presenting Quantium’s analysis at last week’s Group Buying Summit in Sydney, Davis revealed that, despite popular opinion, the share of online retail being taken by overseas operators was relatively small. Domestic retailers accounted for three-quarters of online market share in 2011. While sales growth favoured international retailers for the full year, up by 40% year on year compared to 25% for domestic retailers, this was characterised by a strong start to the year followed by a slow down in the second half.

“Despite the wailings of many in retail, such as Gerry Harvey, suggesting that online retail is mainly going overseas, we don’t see that in our data,” Davis said. “Clearly overseas online is a threat, both because of the Australian dollar but also because of the strength of and sophistication and service back up of overseas online propositions compared to the competitors in the Australian market.”

Growth wise, online retail was up 29% year on year overall, although there was a notable slowdown in the growth of online spending across the second half of the year, with the year-on-year growth rate pulling back to around 20% by year end. In comparison, offline retail sales, excluding food retailing experienced 2.5% growth year on year.

Davis warned that, while the Australian dollar reaching parity with the US dollar was a catalyst to consumers buying from across borders, relying on that to change when and if the dollar goes down was dangerous.

“Anyone who thinks that this is just a blip and as soon as the Australian dollar recedes in its strength against the Greenback the threat of overseas will go away, I think is being very optimistic. Consumers have been taught to trade online, part of it has been the overseas opportunity, and they’ve clearly become accustomed to and comfortable with trading overseas.”