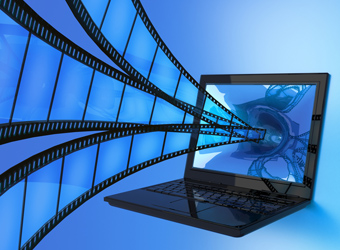 The boom in online video is expected to rob broadcasters of significant market share in 2013, according to forecasts from Frost & Sullivan.

With most online consumers having trialled watching TV shows online, the rise of mobile video and social media becoming an important discovery tool for video content, 2013 is set to be the year where consumers wrest control of their viewing habits from broadcasters en mass.

Presenting technology trends for next year at a luncheon, senior research manager of the analyst’s ICT ANZ practice, Phil Harpur, said a growing pool of viewers are already watching online TV across a range of devices.

He expects the trend of consumers watching what they want to watch, when they want to watch it, to go grow rapidly next year, particularly among younger age groups.  A recent survey of 1000 Australians by the group showed 94% of 15 to 17 year olds  watched TV shows or movies on a desktop or laptop in the month prior to the study.

Consumers are also expected to turn to shorter, snackable forms of content through platforms such as YouTube. “YouTube is evolving to be a platform or hub for companies to host their own channels, and enabling sites such as Vevo and Machinima to rapidly gain global audiences, especially amongst the 13 to 34 year-old demographic,” Harpur said.

The researcher found 66% of smartphone users watch short video clips on average at least once a month. “A key trend over the last year has been the growing importance of the mobile channel, in particular the smartphone, for the delivery of online video,” Harpur added.

“This percentage will rise even higher in 2013 as smartphone penetration rises, and the acceptance of the mobile channel to watch online video pervades further.”

Social media is expected to play a growing role in the video watching experience, both through the integration of mobile devices into the lounge room and as a starting point for the viewing experience.

Frost & Sullivan also predict that online video and social media will grow as advertising mediums in the year ahead, as their use continues to grow.