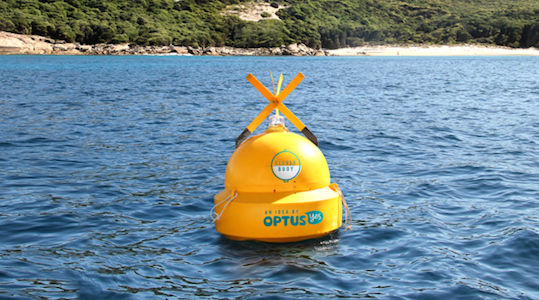 Optus’ ‘Clever Buoy’ campaign by M&C Saatchi Sydney has won a Gold Lion at Cannes in the mobile category.

Launched in 2014, ‘Clever Buoy’ demonstrated the power of the Optus network by developing a piece of breakthrough shark detection technology. The smart ocean buoy detects sharks in the water and sends instant alerts to lifeguards via the Optus network, protecting the lives of both people and sharks.

The campaign achieved a social media reach of more than 19 million with an 84% positive sentiment towards the Optus brand, and has featured in more than 475 news stories globally.

The Cannes Gold Lion is the latest in a string of awards for the campaign, including Grand Prix and Gold at the WARC Prize for Innovation, ‘Most Innovative Use of Digital’ at the London International Awards, and 4 Pencils at the 2015 One Show Awards.

Find out more about the campaign by checking out our case study here.