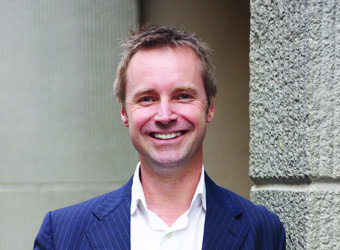 Paul Fisher is to leave his post as CEO of IAB Australia for a multi-regional role with research giant Nielsen.

Fisher will leave the organisation in early 2013, before moving into the role of managing director, Asia Pacific, Middle East and Africa (APMEA), with the researcher’s media business to oversee its range of media measurement solutions.

He will succeed Nielsen’s current regional director of media, Megan Clarken, who is moving on to a global role with the business. Local director Matt Bruce will remain in his current role.

“Paul has been a champion for the digital industry through a huge period of transformation,” Britt said. “At the helm of IAB Australia he has consistently delivered on very ambitious plans and as a result IAB Australia now has a team of very senior and experienced executives in place who will oversee the continued growth and development of our industry.”

Fisher was appointed CEO in July 2008, and has overseen increased expansion and investment in the IAB, including the appointment of Samantha Yorke to the position of director of regulatory affairs and Gai Le Roy to director of research.

During his tenure, the online advertising industry has seen dramatic growth, and is on track to surpass both newspaper and TV advertising in 2013.

A search for Fisher’s replacement has begun.

“The key priorities for IAB Australia in 2013 have been identified and the IAB Australia team will now work collectively towards building on the IAB’s foundations by tackling some of the important issues of industry self-regulation and mobile advertising,” Britt added.

“Expanding our cross platform audience measurement footprint and capabilities across the APMEA Region is a key focus for Nielsen in the coming years and we are delighted to be bringing on board such a high caliber leader as Paul into this important role, to drive our efforts on this front,” says Cheong Tai Leung, president of Nielsen’s APMEA business.