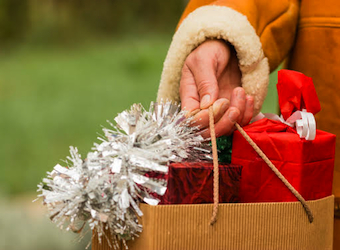 It’s not quite what we were expecting but it would seem you are doing less of your Christmas shopping online than you were two years ago.

Marketing ran a very scientific poll on our website earlier this month, asking the same thing that we asked back in 2012: “What proportion of your Christmas shopping are you doing online this year?”.

Despite all the buzz about online shopping, an incredible 35% of you said you were planning to do none of your Christmas shopping online this year. In 2012 this figure was only 14%.

Maybe we shocked you a bit by asking the question in early November but surely by now it’s about time we all got cracking.

Those who plan to only shop online ‘a little’ has also decreased, from 24% to 19%, while the minority of those who shop 100% online has stayed the same at 6%.

We’re wondering what the internet gods have done to turn you off. Is it that you missed the bricks-and-mortar experience after trying out the online retail world? Or have real-world retailers simply stepped up their game in the last two years?

Please help us shed some light on the reasons behind this shift by leaving a comment below.