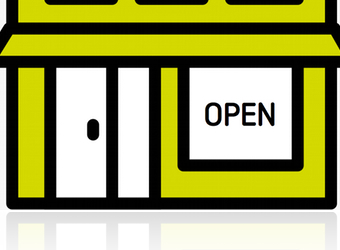 Regional businesses are the main source of a decline in confidence of Australia’s small and medium businesses, finds a survey by Sensis.

51% of small and medium business owners are feeling positive about the year ahead, down from 53% in October, according to the latest Sensis Business Index.

SMEs comprise 99% of all businesses operating in Australia, so their experiences and outlook provide a good window into the health of the economy.

Sensis CEO, John Allan, says that local factors result in differing levels between the states and territories. “Much depends on the local factors driving the indicators we track,” Allan said. “Factors such as the Australian dollar, taxation and levels of construction are important. Location also plays a big part, with regional SMEs experiencing harder times overall compared to their urban colleagues.”

“Confidence for the year ahead is split across the country. The outlook for 2015 dropped in New South Wales and Queensland as well as the Northern Territory and ACT. Elsewhere, Victoria and Tasmania saw big leaps in confidence while Western Australia and South Australia also experienced a rise.”

Victorian small and medium sized businesses are among the most positive in the country about the year ahead. Victorian SME confidence rose ten points to 38, registering above the national average for the first time since November 2013.

ACT small and medium sized businesses are the most uncertain in the country about the year ahead, seeing a fall in confidence of 12 points to 9, far below the national average of 27.

Confidence for Queensland SMEs has fallen five points this quarter to 13 and remains lower than the national average of 27.  Queensland is the most favourably viewed State Government in the country.

Despite confidence slipping three points to 46, Northern Territory small and medium businesses are the most confident of any in the country, remaining well above the national average of 27.

South Australian small and medium businesses recorded a five point rise in confidence to 19 but remain among the most uncertain in the country. Sentiment towards the SA State Government is the lowest of any felt towards a state government in the country.

Western Australian small and medium sized businesses are among the most positive in the country about the year ahead. SME confidence rose three points to 38, well above the national average of 27.  Bucking the national trend, SMEs in regional areas are more confident than their metropolitan counterparts, with 46% positive about the coming 12 months, compared to 37% in metropolitan areas.

Tasmanian SME confidence rose 24 points to 38, well above the national average of 27.  For Tasmania, the outlook is more robust than most other states, with confidence returning to levels unseen in a year.