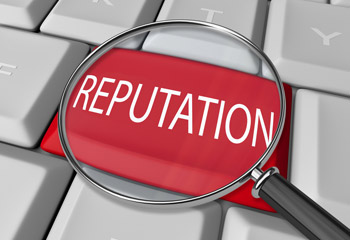 Apple is the strongest corporate brand in Australia, according to a new study, which ranks Telstra as the biggest climber and Qantas as one of the biggest losers over the past year.

Apple came out on top of the rankings, taking out the top spot for all attributes apart from citizenship where it ranked third. Leader for the past two years, JB Hi-Fi, placed third in 2012’s rankings, while Australia Post, Toyota and Nestle rounded out the top five. 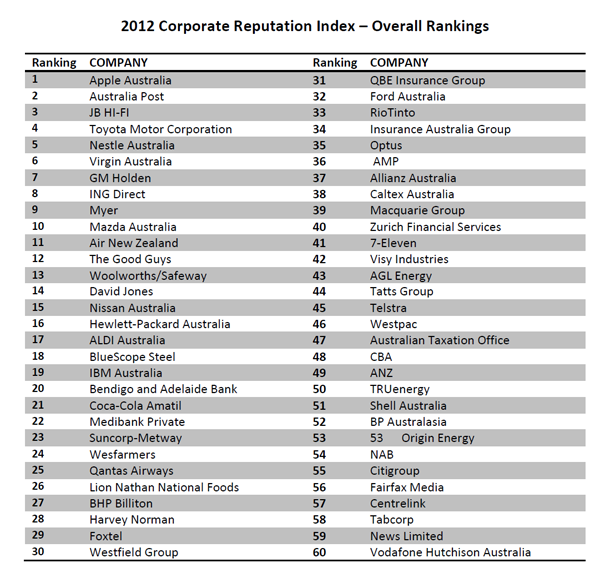 Telstra was the biggest mover on the list, jumping 15 places to rank 45th on the back of greatly improved performance innovation and products and services.

Qantas dropped 18 places (from seventh in 2011 to 25th in 2012), while competitor Virgin Australia cracked the top 10, climbing from 13th place to sixth on the back of strong performance in governance.

According to general manager of AMR, Oliver Freedman, Qantas’ reputation recovered substantially from the initial impact of the last year’s grounding, but there was still substantial distance to travel to return to the levels of February 2011. “The brand has clearly regained some ground and the results indicate Australians still have a relatively strong emotional connection with the Qantas brand,” Freedman says.

Reputational recovery was evident for David Jones over the past year, boosting the department store’s from 25th to 14th place, a ranking still below its eight place in 2010. Rival Myer maintained its edge, placing ninth in the rankings.

“One of the big challenges facing David Jones going forward are perceptions around its ability to innovate, ranking 31th of the 60 companies,” Freedman comments.

Murdoch’s News of the World debacle clearly did nothing to enhance News Limited’s reputation at home with the company ranking 59th overall and in last place on governance.

“Mishandling of crises has an immediate flow on effect in any reputation ranking,” Freedman adds. “News Limited’s inability to quash the media discussion and ongoing public debate is evident in the results.”

However, its competitor, Fairfax Media, also recorded a drop in Reputation (from 48th to 56th) and decreased across most reputation dimensions including leadership, financial performance, workplace and governance.

Freedman attributes the results of the two media companies as an indication of how the entire media industry is now viewed following the News of the World fallout. The industry’s reputation has taken a hit with the two major players both dropping significantly in rankings,” said Freedman.

Produced each year by research consultancy AMR, the Reputation Index surveys nearly 60002 Australians aged 18-64 scoring the country’s 60 top companies (based on revenue in BRW’s top 1000 listing), and ranks them accordingly.