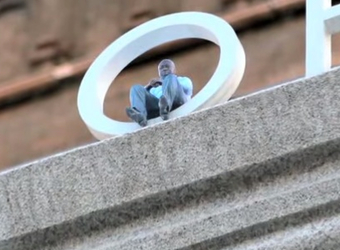 A surprising alarm clock from McDonald’s, a humanitarian 3D-printed campaign, and a set of twins’ tear-jerking story stood out as the world’s best digital marketing this month.

McDonald’s decided to give consumers a little morning pick-me-up and boost user engagement with an app called Surprise Alarm. Every morning, the alarm app gives its users a nice surprise to start off their day (with McDonald’s). The surprises ranged from free music downloads to actual free giveaways at the restaurant. The app was available both on iOS and Android. The Surprise Alarm app has more than 420,000 downloads and has given out more than 5.9 million ‘surprises’.

“A great way to turn an annoying alarm into something fun, playful and eagerly anticipated. McDonald’s clever use of technology and social media not only created awareness of its breakfast offering; it successfully managed to send consumers in store to redeem prizes incentivised through purchase.”

“The reason I chose McDonald’s Surprise Alarm ‘is because it changes human behaviour with smart technology. It is quite difficult to motivate people to wake up and change their behaviour, with this app McDonald’s was able to succeed in this.”

“It is a great way to create awareness for something so neglected in everyday lives of the individuals in a very artsy and innovative way.”

“This clever use 3D printing technology coupled with a very real and raw insight makes this campaign work hard. The exhibition of the tiny figurines hidden throughout the gallery drives home the harsh and important reality of the ‘invisible’ North Korean refugees and their plight. The use of social media to send messages of encouragement is both touching and necessary in supporting the virality of the campaign.”

Third place: Samsung’s ‘Another Me’ by Cheil Worldwide (South Korea)

Cheil debuted a campaign for Samsung telling a set of twins’ true story, promoting the Gear 2, Gear Fit and Galaxy in a 90-second teaser and three-minute documentary. The video content was accompanied by a syncing app, allowing users to stream the twins’ stories simultaneously. People could also create their own split-screen movies to ‘celebrate togetherness’.

“It’s rare that advertising moves one to tears. Watching this campaign documentary made my eyes well up; something advertising seldom has the power to achieve. I love Samsung’s use of a real life story of connection to illustrate the powers of its technology. Social media and technology itself made this tear-jerking reunion possible, after all!”

“This is a brilliant combination of a fascinating human story with modern technology. Samsung found out that two twin sisters had been separated at birth and decided to build a campaign around their being reunited, comparing it with the Samsung Galaxy S5 and the Samsung Gear 2 synchronising. A clever app showed 2 stories combining into one when the devices were synchronised.. Cue a lot of talk about synching and two parts joining together into one etc etc. A nice idea, beautifully executed. Bravo!”