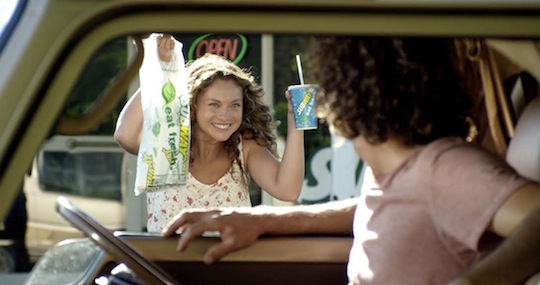 Fast food retailer Subway has launched a new brand campaign, ‘Eat Well Go…’ aiming to create a stronger emotional connection with customers. The Australian campaign launch is something of a test for the company’s other markets, and comes at a time when the company is embroiled in a scandal involving former brand ambassador Jared Fogle.

The international sandwich-bar brand is using Australia and New Zealand as a testing ground, hoping to adopt a similar strategy in other markets if successful, says Dan Kohler, Subway international marketing director.

“We’re looking with keen interest to see the results in Australia and how these learnings could be implemented elsewhere.”

Subway’s new approach in Australia contrasts with the company’s use of a celebrity brand ambassador strategy, which has proven problematic.

READ: Subway is learning the risk of celebrity endorsement the hard way »

In July this year, Subway announced it had suspended its relationship with long-time brand ambassador Jared Fogle because he was under investigation by the FBI.

This week, Fogle received US federal charges relating to possessing and distributing child pornography, and for paying to engage in sexual activity with a person under 18 years old. The Washington Post is reporting that he faces at least five and up to 12 and a half years in prison.

Developed using Sprout Research’s neuroscience tool MindSight, the new ‘Eat Well Go…’ communications direction attempts to show customers that Subway is about helping customers to “get the most out of life, no matter what their goals” by fuelling their bodies with the brand’s food.

“Research reinforced that consumers perceive Subway as a source of eating well to help them achieve the most out of life in their day, and feel good, not guilty.

“Eat Well Go… shows the wide appeal of Subway and the role the brand plays in allowing people to go further, go harder, go longer and go do more of the things they love”.

RELATED: Subway changes track with ‘I Got it Made’ brand direction »