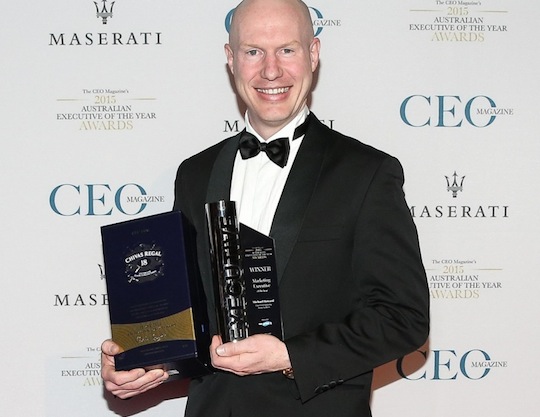 The CEO of Blackmores has been named the CEO of the Year, while the marketing director of rival Swisse has won the Marketing Executive of the Year title.

The CEO Magazine‘s Marketing Executive of Year award was bestowed upon Michael Howard (pictured), director of marketing at Swisse Wellness, at the magazine’s Executive of the Year Awards.

After joining the Swisse team as director of sales last year, Howard was promoted to director of sales and marketing on top of heading up the skincare and functional food teams. Over the past 12 months, Swisse has outperformed business objectives, including increasing revenue by 90%, improved EBITDA margins and transitioning from a highly leveraged position to a net cash position.

The Executive of the Year Awards are judged based on the business acumen of applicants on their personal achievements, the contribution and differences the individual has made to the company where they work, financial highlights, and new initiatives that they have established.

Christine Holgate was named CEO of the Year, for her work over the past 12 months in which group sales grew 36% and profits grew by more than double this. The market capitalisation of the organisation grew from $520 million to $1.5 billion, and Blackmores has secured market leadership.

A new Start-up Executive of the Year category was introduced this year to showcase the entrepreneur whose achievements have shaped the business landscape within the financial year 2014/15. It was awarded to Anurag Chakradhar, founder and CEO of Blrt. A digital marketing veteran, Chakradhar invented the  communications platform that enables meeting-like collaboration to happen in an asynchronous way.

Media Executive of the Year was awarded to Luke Littlefield, CEO of Dentsu Aegis Network, who’s leadership has seen significant growth in turnover and revenue.