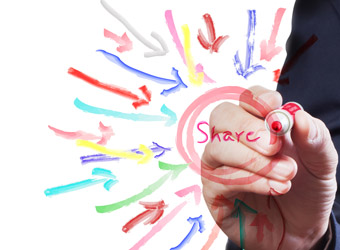 When is the best time to post links on Facebook and Twitter in order to generated the best click-through potential? Early to mid-afternoon, when the office crowd hit their post-lunch crash, according to data released by link shortening service bit.ly.

In a blog post, bit.ly explains, “Bit.ly links are shared across all social networking services, giving us a unique viewpoint on how these networks differ. We track metrics like the main type of content being shared on a network, the geographic locations of the people sharing and viewing the content, and how the popularity of the network has risen and fallen compared to other networks.” The time zone analysed in the study was North American EST.

For both Facebook and Twitter, brands should avoid posting links after 8pm and before 8am, after 3pm on Fridays and on the weekends, or they run the risk of achieving low engagement on the post.

For Twitter, traffic peaks from 9am through 3pm, Monday to Thursday. Bit.ly advises brands to post just after the peak rather than compete in heavy traffic, in order to generate the optimal amount of attention. Posting in the afternoon earlier in the week also boosts chances of achieving a high click count, with 1pm-3pm, Monday through Thursday the highest performing in terms of click through.

Facebook traffic begins to rise at 9am, peeks mid-week between 1pm and 3pm and fades from 4pm. Links posted from 1pm to 4pm result in the highest average click throughs, with absolute peak performance coming at 3pm on Wednesday. For posting at night, the earlier the better, as while traffic counts are similar at 8pm and 7pm, posting at 7pm results in more clicks on average.

Tumblr was also examined in the study and found to be a very different beast to the other two networks. Users of Tumblr prefer to party late, with traffic peaking between 7pm and 10pm, particularly on Mondays and Tuesdays, and while Friday evening is a no-man’s land on other platforms, on Tumblr it’s an optimal time to post content.