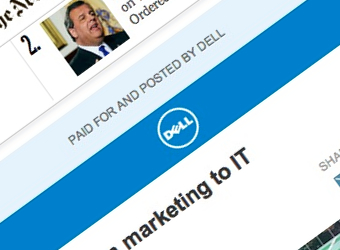 The New York Times has taken the wraps off its first foray into native advertising, publishing paid content on behalf of Dell.

Coinciding with a redesigned nytimes.com, a new subdomain at http://paidpost.nytimes.com is the first thing that distinguishes paid content in the publication from editorial content.

The paid content is being written by freelancers, after a new unit within The New York Times advertising department – the ‘content studio’ – pitches stories to the client. As you’ll see from the screenshots, there are multiple design cues to point out that the content being viewed is paid, and at the bottom of the page there is this message:

The New York Times has been tentative in embracing native advertising, a format which has increased in prevalence across the web as publishers seek to replace falling print advertising revenues that can’t be replaced easily by the low value of online display advertising. Executive editor Jill Abramson has expressed reservations about native advertising, and along with the high-profile and respectability of The New York Times, has led to the result unveiled today and the clear labelling employed. 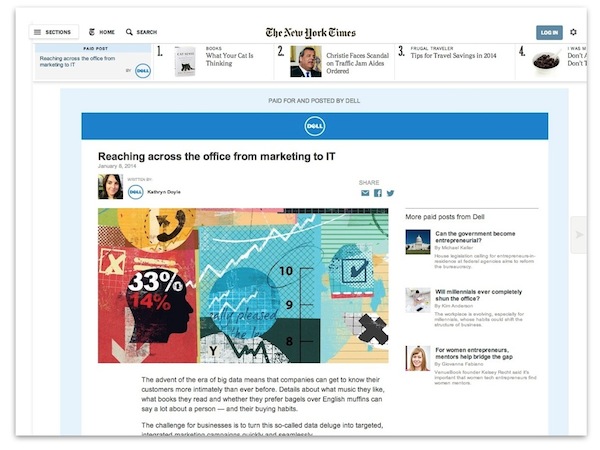 « This is one trophy you don’t want to win: Australian PR Disaster Awards 2013Infographic: How Australians made online gift purchases this Christmas »