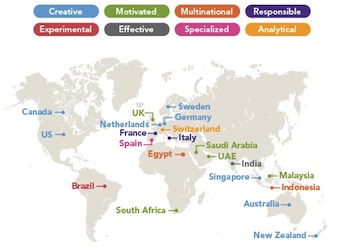 In an effort to stand out from the crowd with your online professional profile, you may very well be doing the opposite if you employ words such as ‘creative’, ‘motivated’ and ‘effective’.

LinkedIn has released it’s annual analysis of descriptors used by its members about themselves, with ‘creative’ appearing to be the least creative way to communicate ones creativity.

As it happens, not much has changed from a year ago, when ‘creative’ and ‘effective’ professionals with ‘extensive experience’ were all the rage.

To compile the list, LinkedIn scanned and translated the ‘summary’ sections of all 187 million member profiles to collate by frequency the most used adjectives. 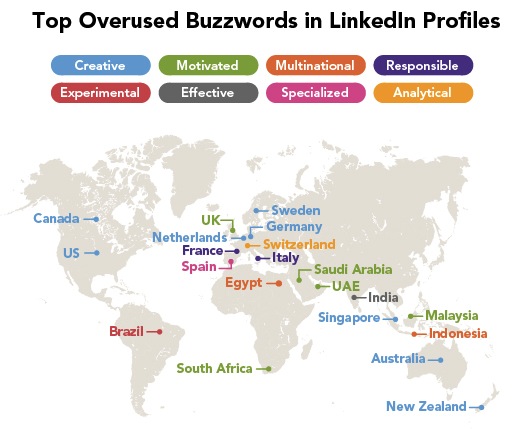 Below are the countries from the graphic above in list form arranged by buzzword: