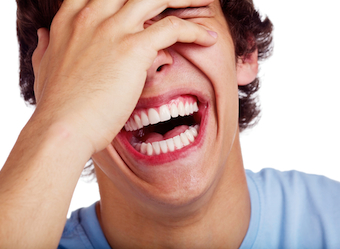 Following a year of public relations catastrophes, Prime Minister Tony Abbott receives an award he may not want to claim.

The PM’s ‘winkgate’ and ‘shirtfront’ nightmares have helped him take out the number one spot of 2014’s biggest PR Disasters, publicity blunders and media mis-steps.

After 12 months of assessing traditional and online media (including social), by monitoring statistics and trends on sustained, negative media mentions, spin doctor watchdog and blogsite PRdisasters.com awarded him prime position.

The Liberal Party has much to celebrate with ministers Joe Hockey and Scott Morrison making the cut. Sadly, Mr Hockey fell a few short of the PM, taking out fourth place for his attempt to win Australians over by saying “poor people don’t drive cars”, so they will not be impacted by the planned fuel tax increase.

NRL’s Greg Bird and Todd Carney are representing the league for their inability to find a bathroom. In separate incidents, both Bird and Carney publically urinated their way into the top ten.

Qualifying for one of these awards is not easy.The brand person or business at the centre of the story or incident must have continual negative media coverage over a period of time.

Mainstream and social media platforms erupted after the PM’s now-infamous wink at an ABC radio host while taking a call from a sex-line working pensioner. Next, he took things to the street by threatening to ‘shirtfront’ Russia’s Vladimir Putin. Congratulations on taking out the number one place.

The airline received heavy criticism due to the lack of clarity, speed and efficiency in handling crisis information and assistance over the still-missing flight MH370.

Dumping fiancee Sam Frost only weeks after proposing to her on the show’s finale created a media frenzy. Garvey was ridiculed for dating the show’s runner-up contestant shortly after his breakup with Frost.

Joe Hockey for his attempt to win voters over about the fuel tax increase by saying “poor people don’t drive cars”, effectively driving his reputation into the ditch.

The discovery that the Aussie entertainer had preyed on young girls while his career was at its peak instantly turned the once well-regarded Rolf into the much-reviled Rolf.

Secrecy surrounding Operation Sovereign Borders and the ‘on water matters’ policy was damaging to Morrison. Restricting information regarding the policing of Australian waters in an attempt to limit media coverage sparked backlash from media and citizens.

Clive and PUP continued to make headlines for all the wrong reasons. Clive’s series of disastrous media interviews followed by the internal squabbling, fraud investigations and PUP Senator Lambie quitting the party.

I’m late to the bandwagon on this one, but just have to share Clive Palmer sleeping during #questiontime. GOLD pic.twitter.com/fCRIJk1ErE

Following his wedding, The Gold Coast Titans’ co-captain was caught and charged with  urinating on or near a police car, sending the NRL stars reputation down the gutter.

Nothing creates a media frenzy than two of Sydney’s most recognisable media heavyweights street-fighting in Bondi.