Too political: see all the G20 advertising banned from Brisbane Airport

Too political: see all the G20 advertising banned from Brisbane Airport 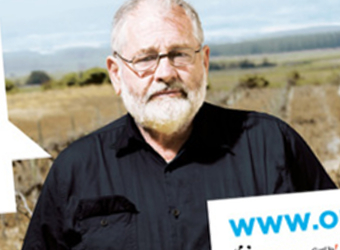 Brisbane Airport has banned three advertising campaigns aimed at influencing attendees of the G20 summit from running on its inventory, but denies the decision was politically motivated.

Brisbane Airport Corporation (BAC) has used its power of veto to block three campaigns aimed at attendees to the G20 summit in Brisbane this month. The campaigns mention corruption, climate change and infrastructure and come from organisations including Transparency International, Civil Society 20 (C20) and a collective of non-profits behind the ‘On My Agenda’ campaign.

A spokesperson for BAC said its disallowed advertising around political issues as a matter of policy, no matter what the issue or party. “We don’t accept any political ads, whether from parties, cause based organisations or individuals, regardless of issue/message,” @BrisbaneAirport tweeted.

The Guardian specifically asked whether either of the two directors of the BAC who have interests in fossil fuel companies had been involved, but the spokesperson denied that neither William Grant or John Allpass, or indeed any members of the board, had any influence on the decision.

“The examples in this particular case were deemed to have political intent as they were targeted at a political audience with the intent of generating response on a specific policy issue,” the BAC spokesperson told The Guardian. “There was no value judgement made in relation to the message.”

oOh!Media, which holds the contract for Brisbane Airport signage, told News.com.au that it was a contractual requirement that all advertising creative must be approved by the landowner. “In our contract with Brisbane Airport, it clearly states that they will not accept any advertising that is deemed to be political,” a spokesperson said.

Previously, Brisbane Airport has allowed a campaign called ‘Reef Facts’ by the Queensland government, which plays down the negative impact of dredging on the Great Barrier Reef, as well as a campaign by oil giant Chevron called ‘We Agree’, which includes the copy, “Protecting the planet is the job of a lifetime. We Agree.”

C20, which is a recognised platform for dialogue between G20 leaders and civil society organisations, wanted to run a campaign of eight executions (all eight pictured below) in light boxes in the airport’s baggage-claim area, but was rejected.

Bondi Advertising, the agency behind the work for C20, said its outdoor campaign developed for the C20 was due to go up in Brisbane before G20 visitors arrive next week.

“Agencies have great work slapped down frequently but this ban is a slap in the face for all humans with a conscience,” said Bondi Advertising creative director Jonas Allen, in a media release.

Transparency International’s banned advertisement was to be a billboard reading: “Dirty money not welcome here. G20 it’s time to unmaskthecorrupt.com”.

“We would hope all political parties would agree with this message,” says the executive director of Transparency International Australia, Michael Ahrens, on its website. “Australia has done a lot to put corruption firmly on the agenda.”

The creative reads: “Action on climate change is #onmyagenda, please put it on yours.”

WWF Australia said it would launch a ‘fair go’ petition calling on Brisbane airport to overturn its decision to run the billboard before world leaders fly in ahead of G20 talks commencing Saturday 15th November.

Farmer David Bruer, who features in one of the executions, will fly to Brisbane to hand-deliver the petition to Airport authorities.

“Farmers like David are on the frontlines of global warming,” said WWF CEO Dermot O’Gorman. “Last year David Bruer lost $25,000 worth of grapes in one day when temperatures soared to 46C. His story deserves to be shared with G20 leaders.”

The banned creative from C20, supplied by agency Bondi Advertising:

Banned advertisement from ‘On My Agenda’, from campaign website:

The second ‘On My Agenda’ advertisement, which will run on a roadside billboard: